The second round of the FIA Formula 4 South East Asia Championship held at the Sepang International Circuit last weekend, April 19 to 21, saw three Indian drivers on the grid.

Arya Singh had the strongest showing over the weekend. He qualified in 11th, followed by Sneha Sharma in 13th and Mira Erda in 14th. In Race 1, Sharma finished 10th, being the first to score points among the three. Erda and Singh lost an early advantage when the safety car was called in and finished 11th and 12th respectively. 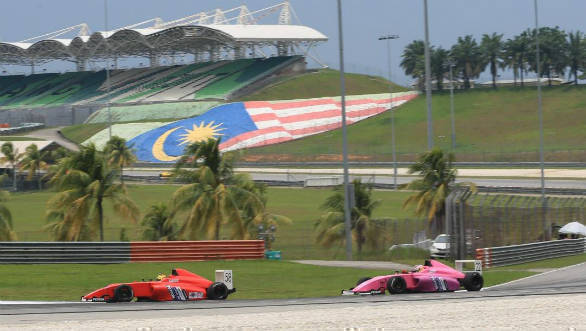 In Race 2, Erda started in sixth, with Singh behind her. But some damage to Sharma's wing meant she dropped to 14th place. Eventually Singh got past Erda to take eighth while Erda finished 10th. In Race 3, a reverse grid start meant Sharma started on pole, just ahead of Erda and Singh in fifth. Singh took full advantage of this, moving into the lead of the race for a while before dropping to third behind Luca Allen and Josh Smith. This was his first F4 podium spot. Sharma and Erda couldn't capitalize on their starting positions and eventually finished 11th and 13th.

The final race began with Singh in 11th and the two ladies behind him in 12th and 13th. Erda took 12th from Lyubov Ozeretskovskaya. Eventually, Erda finished 10th and won the Women's Trophy for the race. Singh finished 9th and Sharma 12th.

A fourth Indian driver, Yash Sujith, also competed at the event. He finished the first two races in 17th place and skipped the last.

The next round of the 2019 Formula 4 South East Asia Championship will take place between May 10-12 at Buriram, Thailand.