The 2019 Ford Figo is slated to be launched on March 15. The hatchback will receive minor cosmetic changes and mechanical changes too. 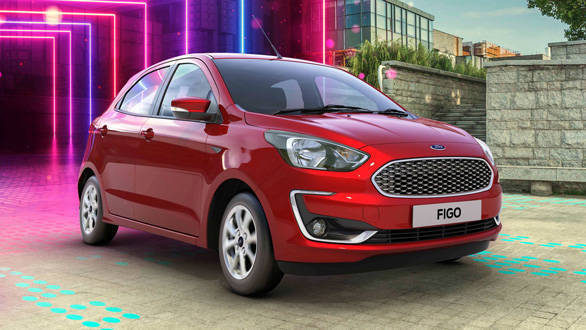 The fascia of the upcoming hatchback is tweaked and the new Figo gets a restyled bumper, a honeycomb grille with chrome surrounds. The changes are extended to the cabin as well. The dashboard is revamped and hosts a touch operated infotainment system. The upcoming Figo will be equipped with the latest version of the Ford Sync system.

Mechanically, the Figo will be offered with a new 1.2-litre three cylinder petrol engine which is capable of producing 96PS and 120Nm of torque. The petrol engine will be mated to a five speed manual gearbox, however, a six speed automatic transmission could be offered as well.

Post its official launch, the Ford Figo will rival the likes of Volkswagen Polo, Hyundai i10 Grand and the Maruti Suzuki Swift. The facelift is expected to bump up the price of the Ford Figo by Rs 20,000 to 50,000 across variants.

2019 Ford Figo spotted ahead of its official launch