Jehan Daruvala had a mixed outing at the seventh round of the FIA F3 Championship at Monza, Italy. The Indian racer took home a second-place finish in Race 1 on the Saturday of the event, but only finished 13th in the second race. Daruvala seemed like he might have been able to win the first race, but with electronic issues leading to the failure of the DRS system on his car, he was prevented from gaining top speed on two long straights, which hampered his chances. 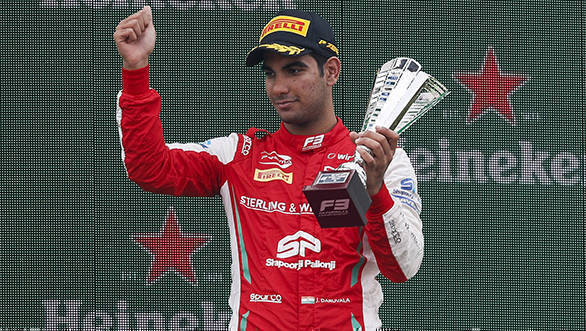 During the qualifying session, 17 racers including the three Prema Racing Team drivers - Jehan, Marcus Armstrong and Robert Shwartzman - were handed penalties. While Jehan had set the fourth-fastest lap time during the qualifying session, all three Prema drivers were given ten-place grid penalties for being too slow on their out laps. However, with a total of 17 drivers receiving penalties, it meant that Jehan started the race from tenth place.

When the lights went out Jehan made a good start and overtook Brazilian driver Pedro Piquet. Given that two cars tangled ahead of him, Jehan moved up into seventh position. He then overtook British driver Max Fewtrell and climbed up to sixth place. There were changes up ahead too, with the racers at the head of the pack tangling, which meant that Jehan was able to move up the order quickly. He passed Christian Lundgaard (who had originally set the fastest lap during qualifying) to take fourth place. Soon after that the Safety Car was brought out, during which time it also became evident via the radio messages that were broadcast that Jehan was unhappy about the fact that his DRS was not working. Given that the situation couldn't be changed, Jehan had to deal with the fact that his DRS was not working, and drove well. Third-placed driver Richard Verschoor was also driving well, but Daruvala pulled off a brilliant move to steal position from him. 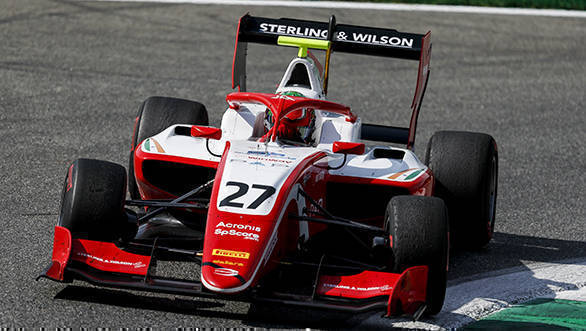 While it became evident that Jehan had excellent race pace, it also was clear that without DRS he was unable to challenge for the race win. He closed in as much as he could, with his team-mates Robert Shwartzman in first position and Marcus Armstrong in second place. However, when Armstrong was given a penalty, Daruvala was promoted to second place.

"The race was a lot of fun, starting P10 and finishing P2 with such a good result for the team. It was very frustrating for me, not having DRS so I couldn't really battle for the lead, and I really wanted to, I know we had the pace. Second is good but I'm a little upset for not having the opportunity to fight for the win," Jehan said.

Ahead of the final round of the championship at Sochi, Jehan has 147 points, with team-mate Shwartzman leading with 180 points.