Indian racer, Advait Deodhar, moved up to the Elite 2 Division of the NASCAR Whelen Euro Series in 2019, and despite having to switch three teams in the first three rounds of the championship, he's still managed to do quite well. After a rookie podium at Round 1 in Valencia, and two top-ten finishes at Round 2 in Franciacorta, Deodhar took his first Elite 2 podium at Brands Hatch. Deodhar ended up in Superpole for the first time, and ultimately qualified eighth on a grid that comprises 26 cars. In Race 1, he finished third on track, but was promoted to second when the car ahead was handed a penalty. The result in Race 1 at Brands Hatch meant that Deodhar scored his first ever podium in the Elite 2 Division of the Euro NASCAR series. 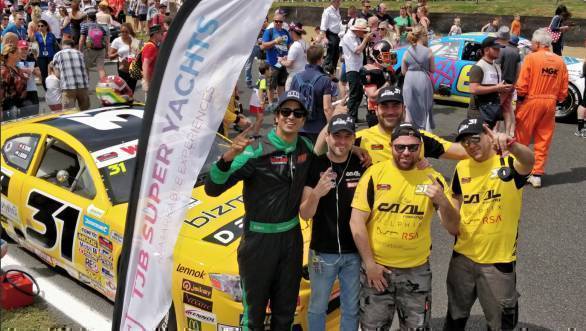 The second race didn't go quite according to plan, as the Indian driver, who competed for the Italian CAAL Racing squad, found himself struggling with tyres all through. However, he still managed to end the race in P6.

The results over the course of the weekend at Brands Hatch mean that Deodhar is currently third overall in the Elite 2 Championship, with 172 points, 24 points behind the championship leader.