Finance Minister Arun Jaitley will be announcing the 2019 Union Budget on February 1, 2019. This will be the first session where the budget will be proposed. However, it is at the second session that approvals will be given at the proposed budget, which then becomes official.  While every sector in India is eyeing the Union Budget 2018-19 to know about the new developments that will be brought into effect, here is electric two-wheeler manufacturer Ather Energy's expectation from Union Budget 2019. 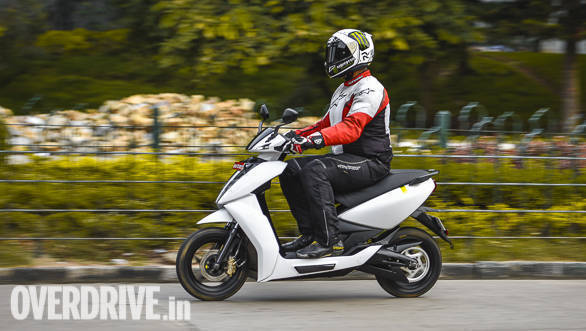 There are three areas that we would like the budget to focus on - component cost, encouraging Make in India and rationalisation and simplification of the GST structure.

"To address the key cost challenges that the industry faces, we would like to see reduced import duties on lithium ion cells, motors and motor controllers. These three account for a major proportion of the vehicle cost and any relief on these would provide strong financial support for OEMs to bring out vehicles that are near-equal performance to petrol/diesel vehicles. Today's cost structures make it largely unviable to do so. To encourage Make in India, we would recommend an increase in import duty for fully assembled batteries, since there are local options available in India," commented by Tarun Mehta, Co-founder & CEO, Ather Energy. He further added, "As a manufacturer, we would like the government to do away with the inverted GST structure under which we collect 12 per cent on selling our vehicles and pay 18 per cent GST on raw materials and expenses. Also, the lack of clarity on the refund process adds more complications to this inverted tax structure. Lastly, any policy intervention needs to be committed for three to five years. A lack of predictability in government policy becomes a deterrent for the industry to make long-term investments, which impacts the growth of the industry."