It was a tough day of rallying in the dunes for the two Indian riders taking part in the Dubai International Baja, Round 1 of the 2019 FIM Bajas World Cup. However, despite their struggles, both riders, Ashish Raorane and Aishwarya Pissay managed to make it to the finish line. 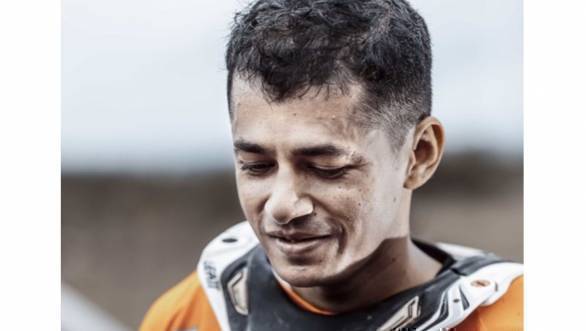 The 201.6km SS1 proved to be challenging, however Raorane, running as a privateer, astride a KTM 450, ended the stage 29th overall. This put him in 28th position overall in the motorcycle category after the first day of rallying. Raorane, who is competing in only his second international rally after the 2018 Panafrica Rally, said, "Took me a bit to get going in the small technical dunes at the start of the stage, but was a hoot of a ride post that."

Meanwhile, Pissay, who admitted to having multiple tumbles along the way, finished the first stage 33rd overall. This put the TVS Racing rider (who is riding a privately entered Yamaha at this event because TVS does not have a support network in Dubai) 31st overall after Day 1. She is ranked fourth, out of five competitors in the Junior category after the first day of the rally. 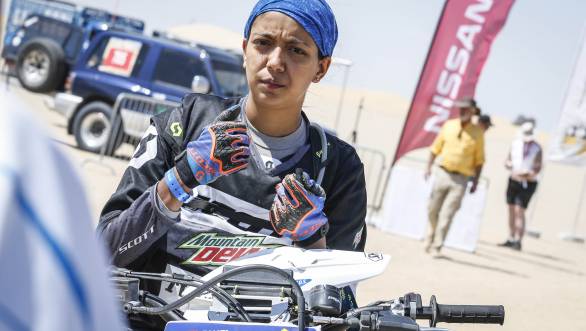 "It was a tough start to the rally. I fell multiple times in the first 60 kms and lost lots of time. Also since the cars started ahead of bikes, the tracks were all quite deep and so I had to set my own track. Using the GPS Navigation took some time to get used to, but I was confident by the end of the stage. I am looking to better my performance on Day 2 and end the rally on a high," she said. 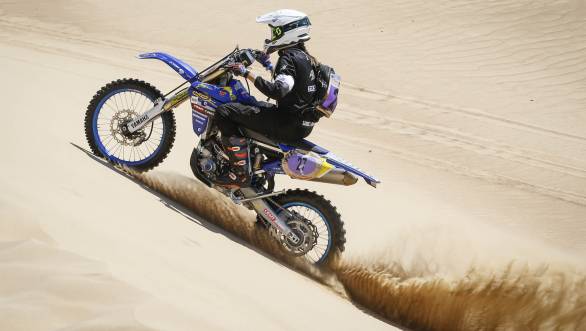 Pissay tackling the dunes at the 2019 Dubai International Baja

The second stage of the rally is currently underway. Competitors will traverse 204.93km in the dunes before returning to the Dubai Autodrome for the ceremonial finish.