The IDEMITSU Honda Racing India team began their 2019 Asia Road Racing Championship season very well. Both riders Rajiv Sethu and Senthil Kumar performed strongly, taking home points over the course of the weekend. In total, the team left Sepang with 10 points - which is their best points haul of a single race weekend thus far. The team is currently ranked sixth in the AP250 class of the championship. 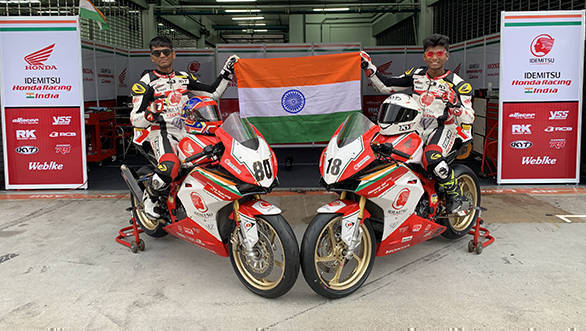 In the first race of the weekend, Sethu and Kumar managed to overtake three riders each, finishing in the top 14. Sethu managed to claim five points with an eleventh place finish. While Kumar became the first Indian rookie, and the youngest rider, to score points at his maiden ARRC race when he finished 14th - good for two championship points.

The second race of the weekend saw a solid performance from Sethu, who, despite a crash, managed to recover and finish the race 13th. This gave him three points, taking the team's tally to a total of ten. It was disappointment for Kumar, who low-sided on the sixth lap and had to retire with minor injuries. 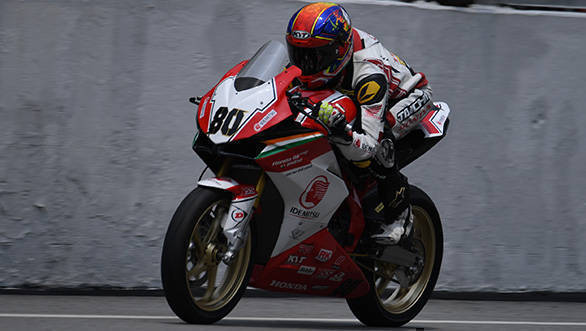 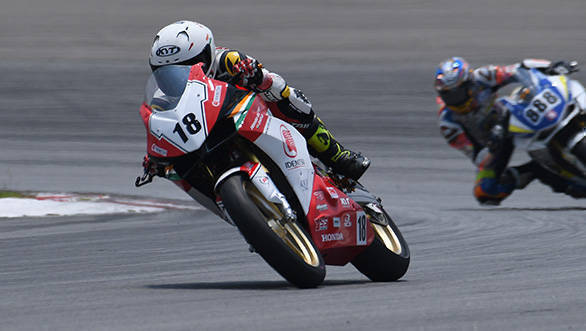 Commenting the weekend, Prabhu Nagaraj, vice president  brand and communications, Honda Motorcycle & Scooter India Pvt. Ltd. said, "No doubt, it was a tough weekend, but we did good work, and I am proud our team's efforts too. After the high of Race 1 where both Rajiv and Senthil scored a double whammy, Sunday race was a tough one with as many as six crashes. Though Rajiv was caught up in the crash in lap 1 itself, he scripted a quick bounce-back from 23rd to 13th. Meanwhile, Senthil crashed out while fighting to secure his 13th spot. This was disappointing but he's learning fast and I'm confident that he will come back stronger and wiser. Sepang is just the start of a long season. We have to keep our focus high and aim higher for the next round in Australia now." he further added.