Races 2 and 3 of Round 2 of the 2018 Ameo Cup were held today, July 22, at the MMRT in Chennai. The intense competition from yesterday carried over to today as well, with Jeet Jhabakh from Hyderabad being the breakout performer. He won the first race today and finished a close second after Dhruv Mohite in the last race of this round. 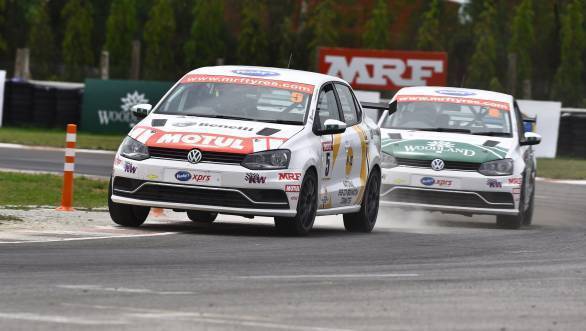 Race 2 started in the reverse grid format, putting Siddharth Mehdiratta on pole for the first time this weekend. He couldn't make the best of it though, having to eventually start from the pits after he made an error before the start.

This gave Jeet Jhabakh on row two a clear track in front of him. He capitalized on this and drove incident-free to the chequered flag. Like yesterday, the rest of the grid saw close racing, drivers making contact with each other was not an uncommon sight. A prominent example of the high level of competitiveness was the battle for second place between Saurav Bandyopadhyay and Anmol Singh Sahil during lap 5. Dhruv Mohite had a forgettable run, finishing at the bottom end of the order due to a faulty ABS on his car. 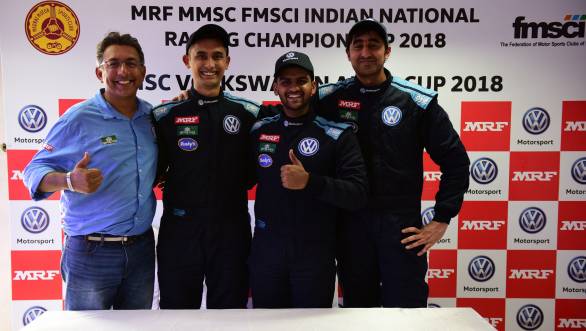 For the second race of the day and the last for this round, the drivers took to the grid in order of their second best qualifying time from Friday. This put Sourav Bandyopadhyay on pole and Dhruv Mohite beside him. Dhruv made up for a so-far imperfect weekend by leading from start to finish. A safety car deployment on Lap 1 brought about after an incident involving Anuranjan Velmurugan and Arefeen Ahmed added some drama, but Jeet Jhabakh carried on his good run this weekend. He made up multiple places to finish second, followed by Anmol in third.

Summing up the weekend, Sirish Vissa, head of Volkswagen Motorsport India said that they were at the halfway mark of the championship and the title had never been this open before. Even a few rookie drivers were challenging the more experienced hands which he said was a testament to the work put in by their driving coaches.

Vissa further said that the cars in terms of performance and reliability have been brilliant today. They had been quick to turn them around in the short time between the two races. He also praised the MRF Tyres for their consistent performances despite the high track temperatures.