The second stage of the 2018 Rally of Morocco was a tricky one, with the navigational challenges being particularly hard for the riders over the course of 250km through the Sahara desert. The Sherco TVS Rally Factory Team had a strong showing, with riders Lorenzo Santolino finishing the stage seventh, and Adrien Metge ending the stage in eleventh position. 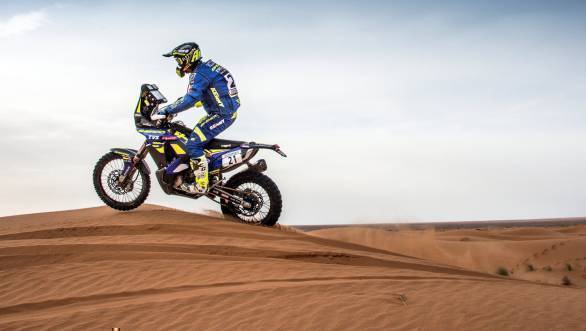 Speaking of the team's performance, David Casteu, manager, Sherco TVS Rally Factory Team said, "Stage 2 was full of tricky navigational terrains that challenged our racers throughout the day. Lorenzo rode very strong this morning and saw a significant raise on the scoreboard. Adrien faced some difficulty with his roadbook which slowed him down in the race. He is a very focused racer and I hope he packs in good timing tomorrow on his bike." 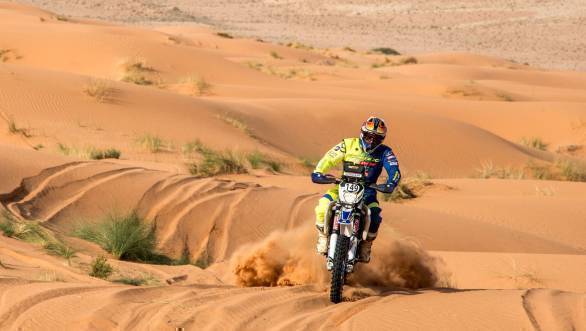 As far as the Indian racers go, Casteu, spoke of the dedication and focus it took for a racer to perform well in a rally like this, and was naturally impressed with Tanveer's performance. "Tanveer is performing exceptionally well, it takes a lot of focus and dedication to keep a consistent ranking in such a rally. The racers got a good hold on their navigational skill in this stage. Harith did slow down due to some minor mistakes, but he is a fighter and I am confident that he will be back tomorrow with renewed energy. Our engineers are working day and night on keeping the bikes in its best shape."

He also stated that the Rallye du Maroc was the "ultimate test" ahead of the Dakar, saying that he was confident that the team would continue its good showing in the upcoming stages too.