Of late, Nürburgring lap records are being broken by manufacturers as often as drunks break glasses in bars. The Lamborghini Huracan Performante was one of the latest cars to break the record for street-legal cars, beating the Porsche 918's 6min 57sec record by around five seconds. But evidently, Porsche wasn't going to have any of that, because they've just set a new lap record with this  the 2018 Porsche 911 GT2 RS. The latest supercar from Porsche, managed to set a blisteringly quick time of 6min 47.3sec around the 20.8km circuit dubbed, the Green Hell. 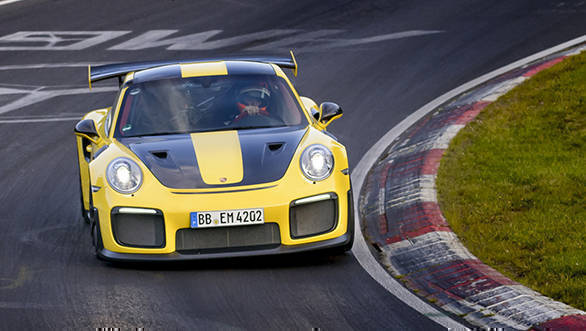 The 2018 Porsche broke the record by around five seconds

Porsche sent out two 911 GT2 RS' on the track, driven by Porsche Le Mans prototype driver, Nick Tandy and the brand's factory test driver/local VLN Series driver, Lars Kern. Both of them broke the Lambo's record almost immediately, and set five separate lap times which were under the 6min 50 sec mark. In the end, it was Kern who set the quickest time around the infamously twisty track, with a staggering average speed of 184.12kmph! 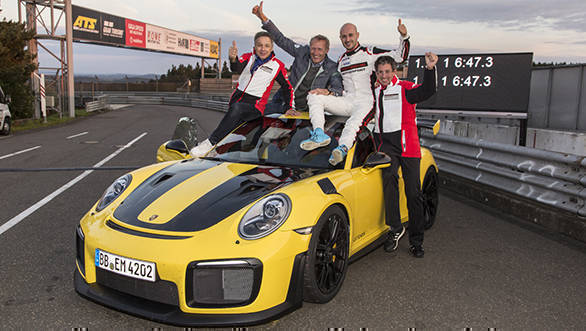 The 2018 Porsche 911 GT2 RS is powered by a 700PS/750Nm twin-turbo 3.8-litre flat six engine and gets a 7-speed double-clutch transmission (PDK). Porsche claims that this car will do 0-100kmph in just 2.7sec, and hit a top speed of 340kmph. But this is just the tip of the iceberg, and we'd written a far more detailed story with all the juicy bits when the car was first unveiled at the 2017 Goodwood Festival of Speed.

Here's an on-board video of the 2018 Porsche 911 GT2 RS during its record-breaking run at the Nürburgring-Nordschleife: 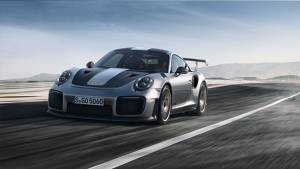 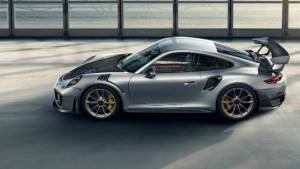 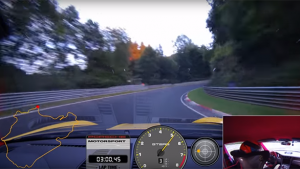