The gorgeous 911 Speedster Concept that dropped cover four months back has been green-lighted for production and that car is previewed by the second concept that was unveiled at the Paris Motor Show! A nod to the 911 Speedster from 1988, the 2019 edition will celebrate Porsche's illustrious 70-year journey so far that started back in 1948 with the 356. As a hat tip to that glorious history, only 1,948 examples of the 911 Speedster will be built and the car will go into production by early 2019. 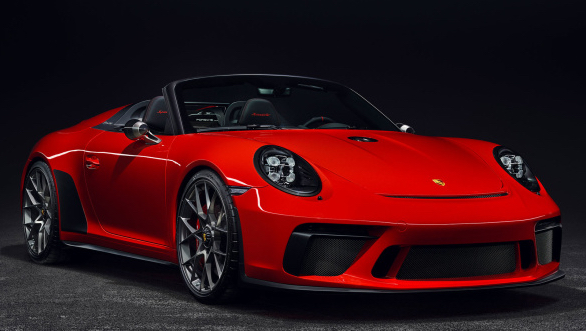 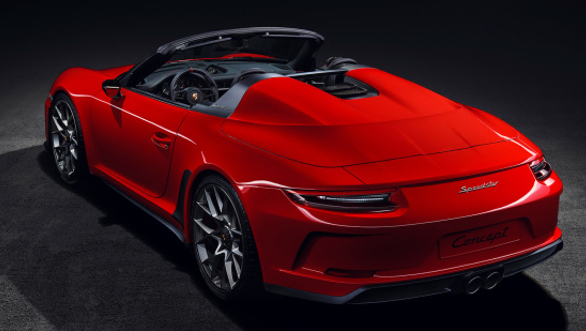 The 911 Speedster mimics the original with a double-bubble cover behind the two-seater layout and unique Talbot style wing mirrors. It will be based on 991 line and will feature a shortened, more aerodynamic window-line. The fuel filler is located in the centre of the bonnet. The 911 Speedster will only be sold in the shade of red seen here. The concept gets a matching tint for the daytime-running-lights. The cross-spoke wheels are inspired by their counterparts on the 911 GT3 and the 911 RSR Instead of a conventional soft top, the Speedster uses a lightweight Tonneau cover, that can be fitted using buttons. The double-bubble panel, engine cover, hood, fenders, splitters, and other aero bits are made in carbonfibre. 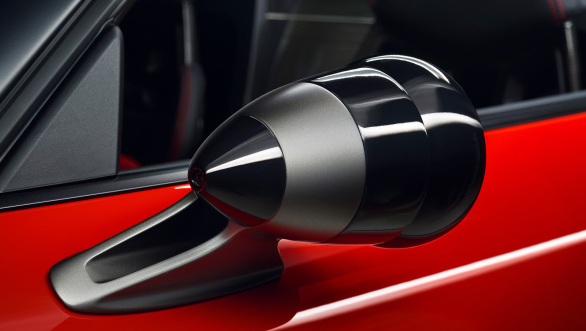 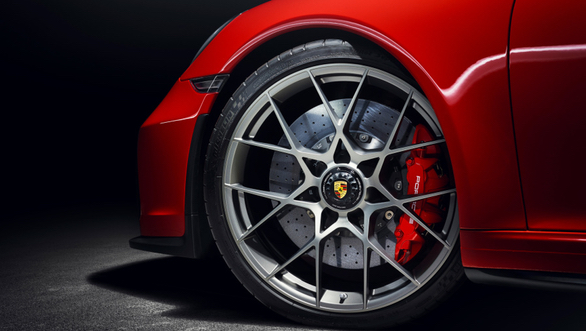 Some of the chassis components, the exhaust system, and the gearbox come from the 911 GT3 heaven and so does the 911 Speedster's ability to rev its naturally aspirated flat-six engine beyond 9,000rpm. Though Porsche hasn't revealed any figures yet, it assures that the 911 Speedster will have over 500PS!