The final round for this year's edition of the Msports X30 Karting Championship 2018 was held on August 13 at the Meco Kartopia Circuit in Bangalore. Entrants competed in three categories - cadet, Junior and Senior with winners in each classification getting a chance to compete at the IAME International Final to be held at the Le Mans karting circuit between October 8-14 in France.

Over the course of the five rounds held during the competition, Ishaan Madhesh from Bangalore emerged victorious in the Cadet category. Shahan Ali Mohsin, a 14-year from Agra, won in the Junior category and Debarun Banerjee in the Senior category. 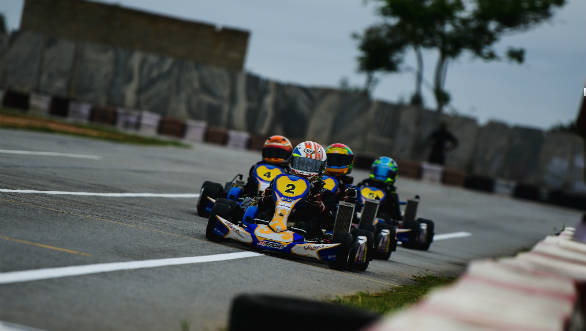 Drivers in action during the Msport X30 Karting Challenge 2018

Shahan Ali Mohsin stood out among the winners. He suffered a puncture in race 1 and then had to retire from Race 2 due to steering issues and a collision. He came back from these upsets on Saturday to win Race 3 the next day but was still tied with second-placed Arjun Nair at the end of four races. Shahan held his nerve though these high-pressure situations to clinch the Senior category title on the basis of accumulated race wins.

On the back of these performances, Shahan was allowed to compete in the Senior category in Round 5 which is for 15-years and above. Shahan went up against some experienced rivals in the class but was eventually declared the winner of Round 5 Seniors. Debarun won the overall Senior championship on the base of his performances throughout the season.

The three winners will now go up against 120 other entrants from around the world at the finals. 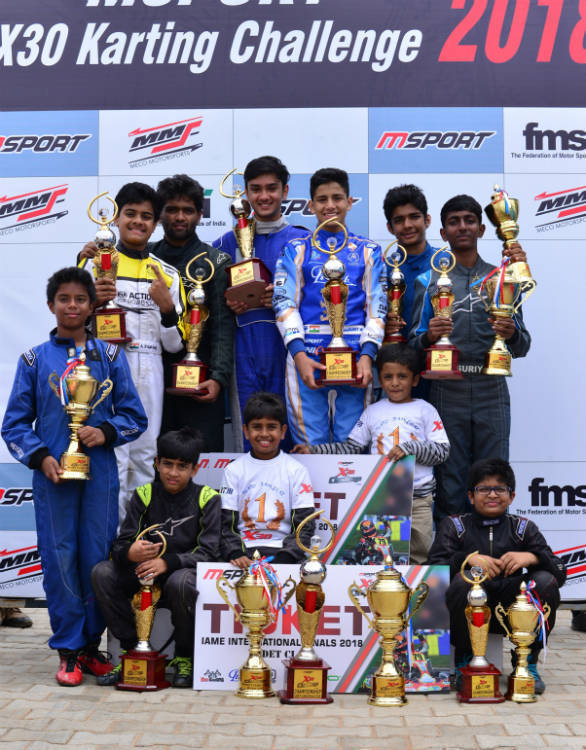 Winners at the podium

Speaking of his win, Shahan said that it was quite a frantic final weekend and it was hard for him to shuffle between Junior and Senior categories, especially with the title battle in the Junior category. However, he quickly managed to get the hang of the more powerful karts and was actually surprised to find himself winning races on the first weekend itself

He was also happy that fitness-wise he was able to do two categories without any issue. Apart from the Senior class wins, he was over the moon with the Junior category championship win in what turned out to be a difficult final weekend. The DNF really hurt his chances but he was pleased that he was able to fight back and win the title.