2018 Maruti Suzuki Ciaz facelift to get the new 1.5-litre petrol motor from the new Ertiga

Reports on the internet suggest that the upcoming Maruti Suzuki Ciaz facelift will feature the 1.5-litre motor recently seen on the Indonesian-spec new generation Suzuki Ertiga. This new K15B motor puts out 104PS and 138Nm, increases of 13PS and 8Nm over the current car. The 1.3-litre diesel motor will be carried over unchanged. 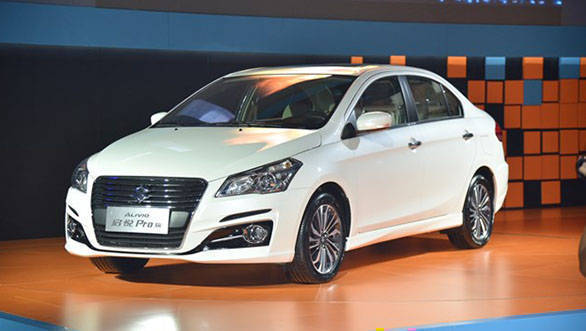 The facelift will follow along the lines of the Suzuki Alivio, the Ciaz' Chinese-market sibling. The Maruti Suzuki Ciaz facelift does not look strikingly different from its present form. It gets a new single-piece radiator grille much like the one seen on the more premium Audi cars. In fact, it also bears some resemblance to the large grille that was last seen on the Maruti Suzuki Ritz. The headlight assembly looks unchanged and continues to come with projectors and LED DRLs. The front bumper design has been tweaked to gel well with the new large grille. The silhouette of the Maruti Suzuki Ciaz facelift too looks identical to the present model, except for a slight change in alloy wheel design. 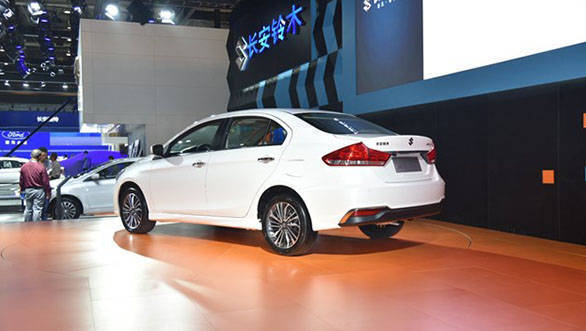 To the rear, the lights and the boot design have been carried from the present model. The rear bumper too has got a revision in styling in the form of new contours on the lower section.The only image of the interior of the Ciaz facelift that has been put out shows an updated dashboard. The size of the infotainment screen has got larger and even the trims look more premium. It does bear some resemblance to what is offered on the Honda City facelift, that was launched earlier this year. 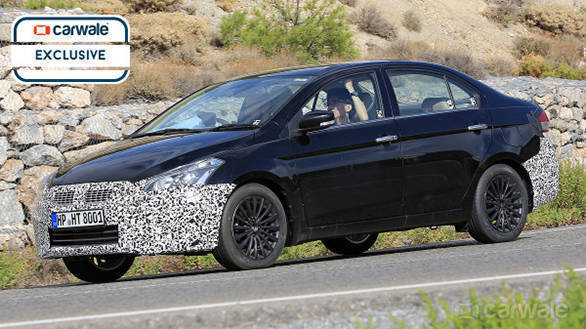