The refreshed, new for 2018 Mahindra Scorpio has been launched in India. Prices range from Rs 9.97 lakh for the base S3 variant and go up to Rs 14.78 lakh ex-showroom New Delhi for the S11 variant. For 2018 the Mahindra Scorpio gets cosmetic changes, but the bigger changes are its more powerful engine and new six-speed gearbox. The variant line-up has been revised as well, and power and torque will now vary variant-wise. The S3 is the base variant and will use Mahindra 2.5-litre, four-cylinder m2DICR engine producing 75PS and 200Nm. The S5 and S7 variants will get the 2.2-litre mHawk engine in the same state of tune as before, offering 120PS and 280Nm of torque. 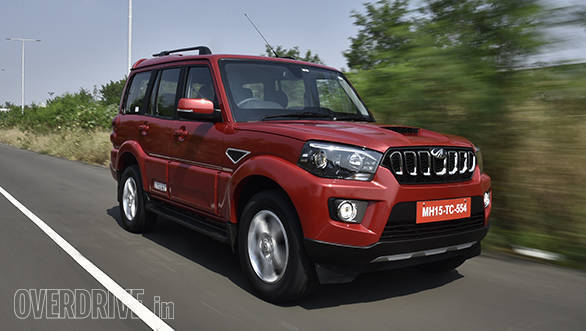 Apart from a redesigned front end, the 2018 Mahindra Scorpio also gets a more powerful engine now

The S7 and the top of the line variant the S11 will get the revised, more powerful version of the mHawk that now produces 140PS and 320Nm of torque. Peak power and torque are also produced at lower revs now  the 140PS is produced at 3750rpm as opposed 120PS at 4000rpm, while 320Nm is on offer from just 1500rpm as opposed to 280Nm from 1800rpm. The higher outputs are courtesy a new Borg Warner turbocharger. Only the S7 and S11 get the new six-speed gearbox, which uses a new self-adjusting clutch that Mahindra claims will call for lower, consistent effort even towards the end of its lifecycle. The Scorpio will continue to be offered as a micro-hybrid, and there is no change to its start-stop system. 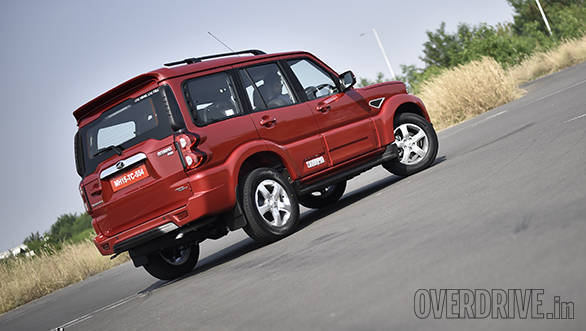 The Mahindra Scorpio's biggest appeal is its old-school SUV feel

In terms of design changes, the 2018 Mahindra Scorpio gets a revised front end. The fangs on the grille have been replaced by a 7-slat unit with chrome bezels. The projector headlamps have been revised too, as have the fog lamps. The front bumper gets minor design changes as well, while the side turn indicators are now mounted onto the wing mirrors. At the rear, the tail gate has been redesigned and looks sharper. The suspension has been tweaked to handle the additional power output as well, while brakes have been revised and Mahindra claims brake force has improved thanks to the use of new brake pads and bigger brake boosters.

In terms of features, the new 2018 Mahindra Scorpio gets a reverse parking camera, more storage space inside the cabin, a delayed power window operation function even after the engine is shut, auto-roll up function for the driver side window and more. Here's our review of the 2018 Mahindra Scorpio. 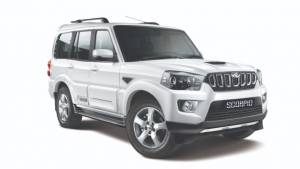 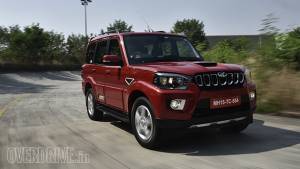