Kawasaki is now selling the 2018 version of its middleweight adventure tourer, the Versys 650 in India. Changes are limited to revised graphics only, and the paint scheme remains the same as before, which is a combination of black and Kawasaki's trademark Ninja green. There are no mechanical updates whatsoever and the Versys 650 continues to use Kawasaki's tried and tested 650cc, liquid-cooled, parallel-twin cylinder engine mated to a six-speed transmission. Power and torque outputs are thus unchanged at 69PS and 64Nm. 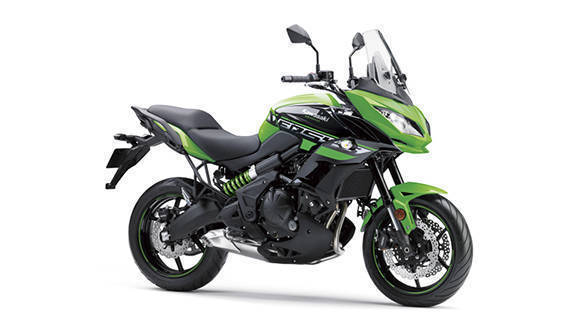 For 2018 the Kawasaki only gers revised graphics, paint scheme is the same as before

Cycle parts are the same too and the Versys 650 continues with its road-biased setup consisting of 17-inch wheels suspended on longer travel suspension than its siblings the Ninja 650 and Z650. A digital gear position indicator was added to the instrument console with the last update and the Versys 650 retains it for 2018 along with the quick-adjust flyscreen that can be raised or lowered by up to 2 inches. 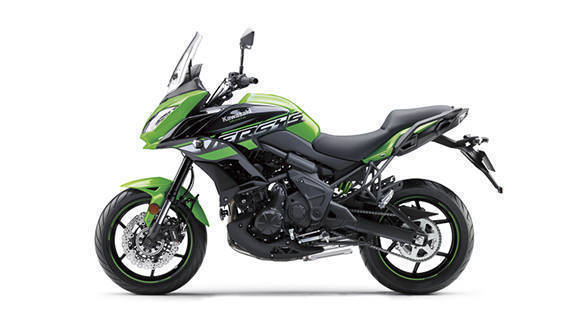 Assembled at its new facility at Chakan on the outskirts of Pune, the Versys 650 is an important model in Kawasaki India's portfolio as it has been quick to gain popularity since its launch nearly two years ago. The fact there is no other middleweight adventure tourer on offer in India yet has helped too, especially since adventure tourers have become hugely popular in the recent past. With that said, we believe an all-new Versys 650 is under development in Japan currently. Given current market trends, the next generation Versys 650 should boast better off-road credentials especially since riders across the world seem to be leaning towards adventure tourers of various sizes increasingly.