Round 1 of the 2018 MRF FMSCI Indian National Rally Championship (INRC) begins today. The South India Rally (SIR) will be held on stages within a 15-km radius of Sriperumbudur, located 35km from Chennai in Tamil Nadu. With summer peaking, blistering heat will welcome the competitors at the event being hosted by Madras Motorsports Club (MMSC). Despite the weather, 2017 INRC champions Gaurav Gill and co-driver Musa Sherif will look to drive their Mahindra XUV 500 (INRC 1) to a winning start in 2018. 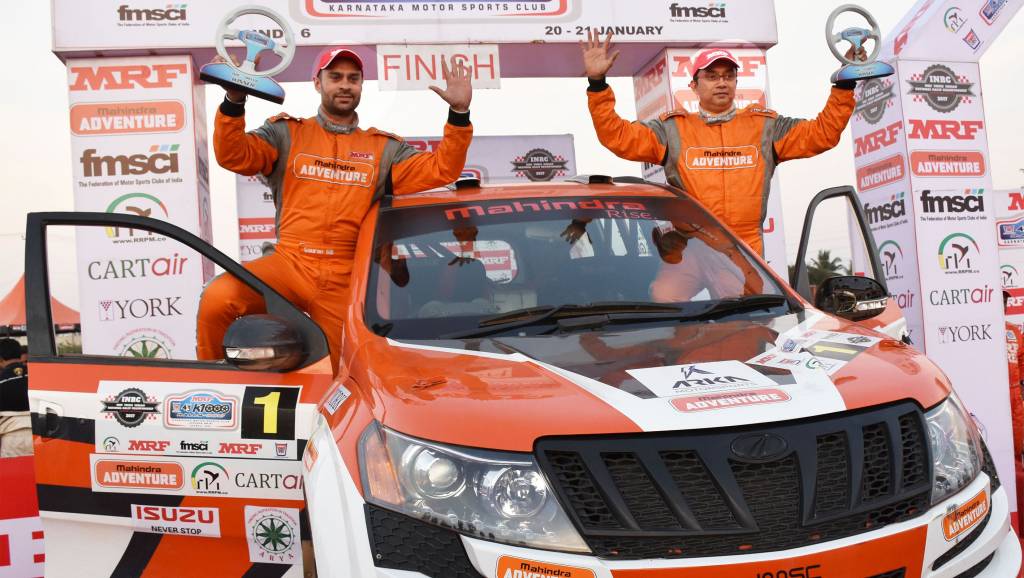 The rally will also mark the return of race and rally veteran Vicky Chandhok, who will be competing in a Volkswagen Motorsport India-developed Polo R2. Chandhok is back behind the wheel after 18 years, with his last rally and victory coming at the SIR in 2000.

The South India Rally has been named so as it used to comprise a larger route earlier, running across Bangalore, Mysore, Coimbatore, Ooty, Kodaikanal, Kanyakumari, and Trichy. This is the 40th edition of the SIR and this time around the organising club has specially relaid part of the track at a cost of around Rs 35 lakh.

That is a considerable amount, seeing as how the total budget of each round of the INRC is between Rs 40 and Rs 45 lakh, as per Chandhok. "Each club hosting a round is allocated about Rs 8 to 9 lakh, respectively. This amount has be higher - about Rs 20 to 25 lakh, so there is less burden on the hosting clubs," said Chandhok, who is also chairman of the MMSC organisation committee.

There are, in all, 10 stages covering a total distance of 102.2km to be run over April 28 and 29. Since the entire rally will be held across three tracks, all the stages except the SSS will be repeated twice, in both directions. Stages 1 and 6, the Super Special Stages (SSS), will be run on the 3.1km tarmac track at MMRT. To reduce any advantage for competitors who have previously used the MMRT, the SSS will be run in opposite direction.

From here, competitors will move to the AAVISA golf course section measuring 13.85km, where stages 2 and 4 will be run in the forward direction, while stages stages 7 and 9 will be in the reverse direction. The third part of the rally, for stages 3,5, 8 and 10 is at the Track measuring 10.15km, with the latter two being run in reverse direction.

The competitors were allowed recce of all the stages on Friday, followed by pre-event scrutiny. Chandhok said that the most difficult aspect of the rally will be the blistering weather. "Another thing is that while the track has been laid out, the participants may dig into it by the second day. So the track is bound to be sandy by then," he said.