Hero MotoCorp showcased the XPulse 200 at the 2018 Auto Expo and now, in a build-up to the launch, the company has released official images of the adventure motorcycle. 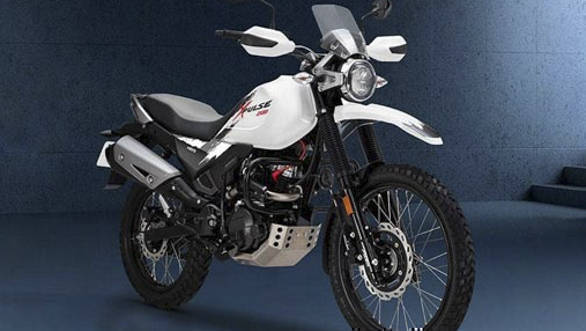 The XPulse 200 has a 21-inch front wheel and an 18-inch rear wheel. Both wheels are wire spoked and Hero claims good stability while riding off-road. The front forks have 190mm travel while the gas charged monoshock at the rear has 170mm travel. This kind of wheel travel should offer a stable and even plush ride over bad surfaces. Other adventure ready bits include a windscreen above the headlamp (appears non-adjustable) and hand guards to protect against the elements and the levers in case the bike falls over. 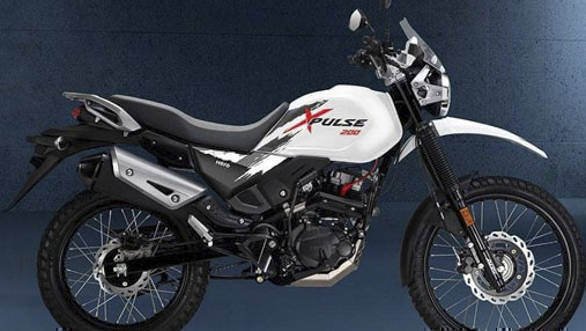 The XPulse 200 is powered by the same 200cc engine that you get in the Hero Xtreme 200 R. However, the motor in the XPulse is fuel injected and produces 18.4PS and 17.1Nm. Fuel injection will surely help performance and while riding at high altitudes, such as in Ladakh. A metal bash plate is placed underneath the engine to protect against rocks and debris while riding off-road. The exhaust pipe is placed higher than conventional bikes and that's sure to enhance the water wading capacity of the XPulse 200. 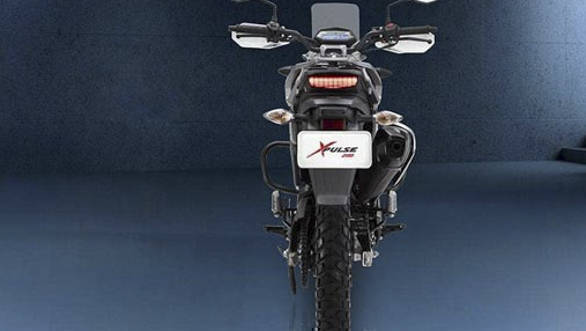 Stay tuned as we bring you a detailed review bike as soon as its launched in India.