The double header race at Fuji Speedway, rounds seven and eight of the Blancpain GT Series Asia threw up interesting problems for the six teams of Audi Sport customer racing Asia. The flowing Fuji track, with its 1.45km long straight and high speed corners, plays to cars with high top speeds. This is an aspect in which the Audi R8 LMS GT3 cars have been at a noticeable disadvantage, due to Balance of Performance regulations, versus the rest of the grid. Despite this setback, Aditya Patel, of OD Racing Team WRT, set the sixth fastest time during practice. Unfortunately, that pace was just short for qualifying, with Patel and teammate starting the first race of the weekend down the grid in thirteenth.

Having fought back to tenth place and the last position in the points in race one, that would remain their best finish of the weekend. In race two, the duo managed a 16th place finish after starting the race in 23rd position on the grid. The 2018 season hasn't been kind to the Indian-Malaysian duo so far, after they missed out on winning the 2017 championship by a single point. 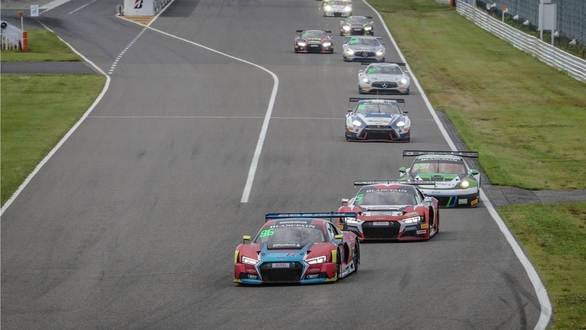 Notably, all the six Audi Sport customer racing teams managed a best of four-point scoring finishes between them. In the overall GT3 championship, Absolute Racing with drivers Cheng Congfu and Martin Rump at the helm of an R8 LMS GT3 are placed third currently. There are two more rounds left in the GT3 championship, with a double-header each at the Shanghai International Circuit and the Ningbo International Speedpark, both in China.