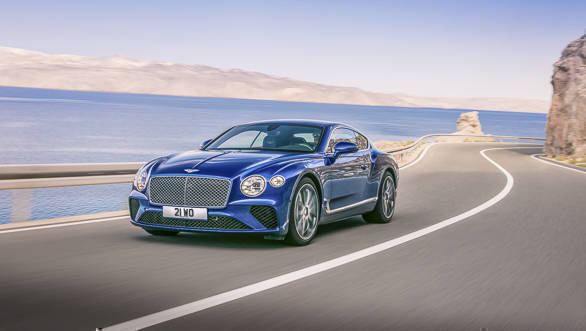 Bentley Motors has developed a new adaptive chassis for the third generation Continental GT which uses Bentley's intelligent 48-volt Dynamic Ride System to control ride comfort and limit lateral roll for precise handling. The front-mounted W12 engine is placed further back in the chassis for better weight distribution.
The new chassis which has lost 80kg owing to new materials and techniques and the result is that the car now gets to 100kmph in a rushed 3.7 seconds, and onwards to a top speed of 333kmph. The 2018 Bentley Continental GT also gets a Sport Launch mode, for those precise race-style take-offs. The front wheels are now 135mm further forward, to ensure the cabin, as the nose, sits lower. 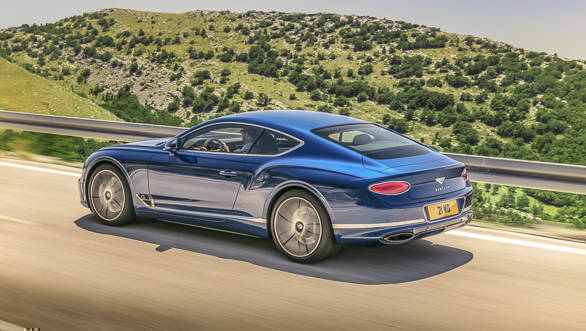 The new chassis has lost 80kg owing to new materials and techniques resulting in a 0 to 100kmph dash taking 3.7 seconds, and onwards to a top speed of 333kmph

On the styling front, the exterior gets sharper lines, with more defined details. Inspired by the EXP 10 Speed 6 concept car, the styling is more muscular, pronounced especially at the haunches. The car still retains the classic outline from its predecessor. Crystal-cut effect on the Matrix LED headlamps distinguishes the front on the new GT, while the completely new taillamp design changes the view from the rear. The car is equipped with 21-inch wheels as standard and has the option for 22-inch wheels. 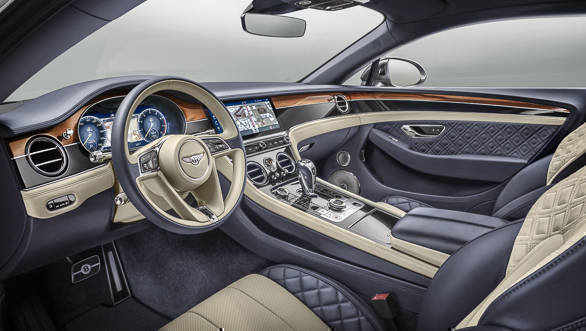 the plush interior gets the three--sided Bentley Rotating Display which can switch between veneer, a 12.3-inch touchscreen display, and a set of analogue dials

Inside, the cabin gets high-quality leathers, sustainably-sourced veneers, and technical finishes inspired by Swiss watches. The centre console appears to be a glossy-veneer, but it features the Bentley Rotating Display, with a 12.3-inch touchscreen display housed in a three-sided unit, which revolves the veneer to reveal the touchscreen as well as three analogue dials. Bentley claims the 2018 Continental GT to be the best grand tourer in the world. Given the history of the model, the claim may not be so tall for this opulent continent-crosser. In addition, Bentley's Mulliner customisation suite of options will also be available for customers with specific trim, colour and material requirements. 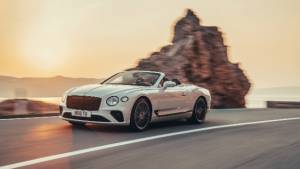 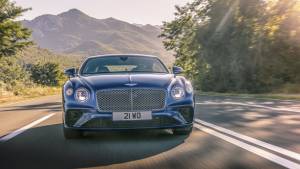 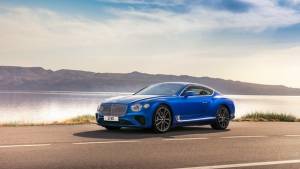