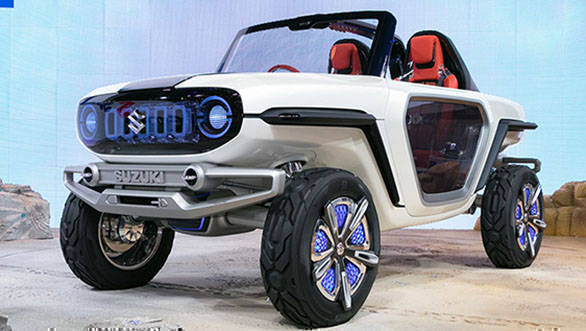 The upcoming SUV will have a compact ladder on frame construction. At the same time, the Suzuki e-Survivor will have features and other comfort elements from the flagship SUV, the Vitara. The concept features rearview cameras instead of mirrors whereas the dashboard sports screens that house the infotainment controls and navigation settings. With the dual electric motors for the front and back, the e-Survivor SUV will feature four-wheel drive. 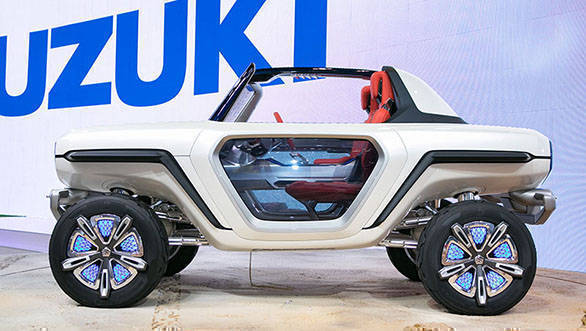 Electric powertrains are the direction in which Maruti Suzuki will progress ahead and the e-Survivor concept is a preview of things to expect from the automobile manufacturer. Suzuki has also recently begun work on setting up a battery plant for electric vehicles in Gujarat and tied up with Toyota to form an electric vehicle plan for India by 2020. The Suzuki e-Survivor is expected to enter global production in 2020 as well. 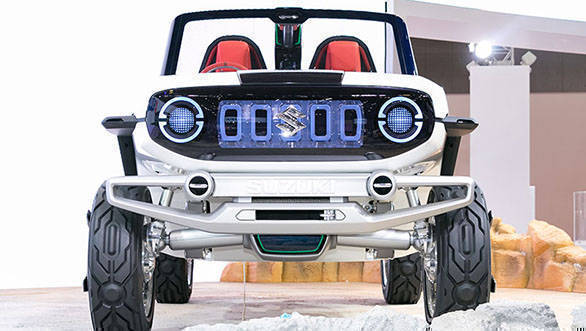 Here's a quick video of the e-Survivor from Tokyo Motor Show 2017 for you: