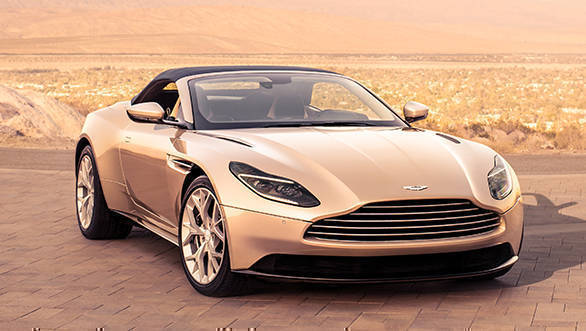 The Aston Martin DB 11 is powered by a 4.0-liter twin-turbo V8, built by Mercedes-AMG, which makes 508PS and generates 695Nm of torque. The GT car also features a rear-mounted ZF 8-speed automatic transmission that powers the wheels with the help of a carbon-fiber prop shaft, electric power steering and limited-slip differential with dynamic torque vectoring. It was initially rumoured that the 2018 Aston Martin will get the V12 engine, but then that was put to rest at the unveiling of the car. The 4.0-liter twin-turbo V8 also does duty in the Mercedes-AMG C63 and GT S and has also helped Aston Martin to make the new DB 11 Volante than the previous offering. 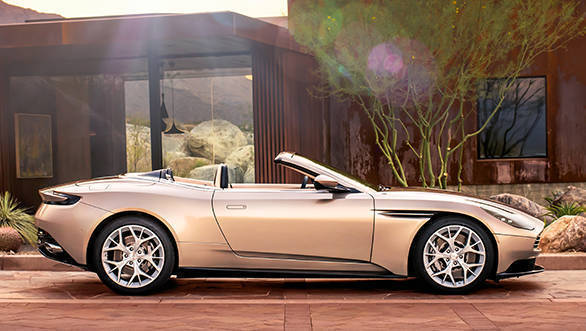 The AMG built 4.0-liter twin-turbo claims to have a 0-100kmph acceleration timing of 4.1 seconds and a top speed of 300kmph

The 2018 Aston Martin DB 11 Volante gets a single-piece aluminium bonnet and new wood or carbon fibre veneer panels on the seat backs. The fabric hood is available with an option between bordeaux red, black silver or grey silver. The hood mechanism is all new with eight-layer fabric that is claimed to isolate the exterior noise and weather conditions. Towards the rear, the 2018 Aston Martin DB 11 Volante gets ultra-slim light blade tail lights that create a bold C graphic design. 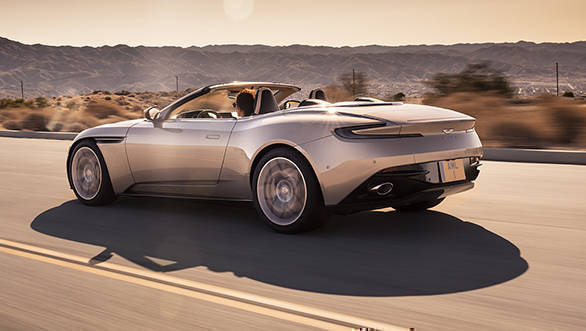 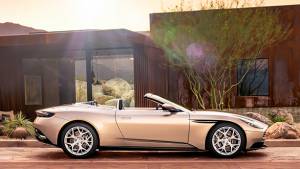