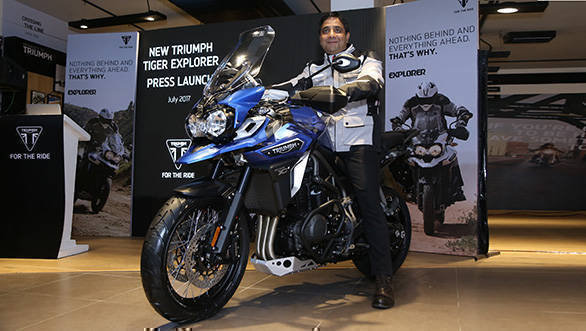 We got the first glimpse of the new-gen Triumph Tiger Explorer at the last year's motor shows. The 2017 Triumph Tiger Explorer is powered by an updated 1,215cc inline 3-cylinder engine that gets ride-by-wire to meet Euro IV. The power and torque ratings have been updated at 137PS at 9,300rpm and 121Nm at 6,400rpm. All that power and torque is sent to the rear wheel with the help of a shaft drive. There is also a new exhaust system that will make the distinct Triumph note. The addition of ride-by-wire tech now offers rider modes, namely Road, Rain and Off-road. It also comes with cornering ABS and traction control.

The 2017 Triumph Tiger Explorer XCx also comes with slipper clutch that the company claims will be useful in short commutes as well as on long journeys considering the less effort on the lever. It also gets an Inertial Measurement Unit that, through a series of sensors, monitors and responds to the bike's movement by calculating the lean angle and accordingly optimise the ABS and traction control. The 2017 Triumph Tiger Explorer XCx also comes equipped with Triumph Semi Active Suspension system that electronically adjusts the WP front and rear suspension damping as well as rear pre-load settings. 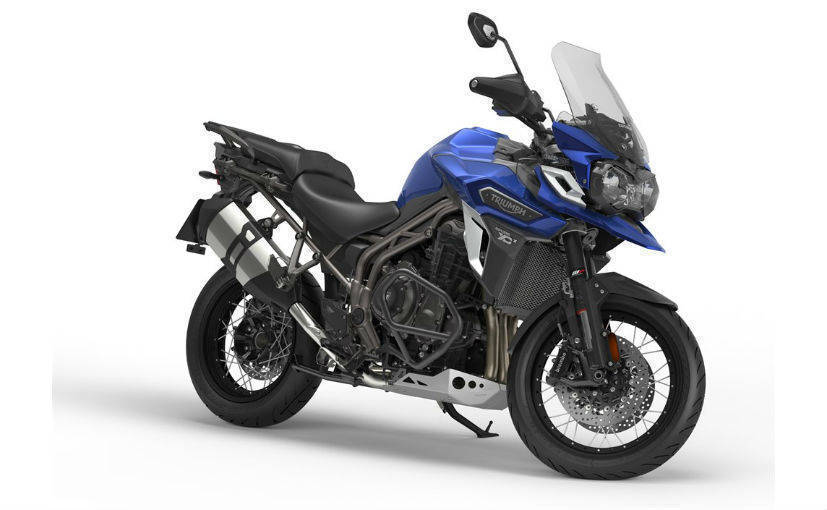 The 2017 Triumph Tiger Explorer XCx features a smarter design along with electrically adjustable screen. Triumph dealerships will be starting deliveries of the 2017 Tiger Explorer in the next few days. The new iteration will also come through the CBU route.