As a part of the Round 3 of the JK Tyre National Racing Championship, Suzuki held the final round of the Red Bull Road to Rookies Cup and the third round of the Gixxer Cup. The final race of the Rookie Cup saw Sri Lanka's Jaden Gunawardena take first place ahead of India's Lalhruaizela and Lalnunsanga. However since the winner of the championship must be Indian, it's Lalhruaizela, who finished second today, that will represent India at the shootout for the Red Bull MotoGP Rookies Cup 2017 in Spain. He scored 10 points today, giving him a 12-point lead in the championship over rival Lalnunsanga, who finished third. 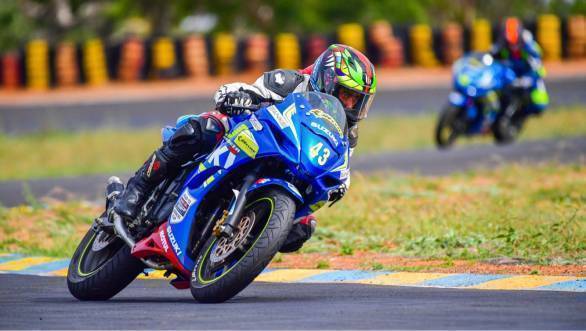 For the first Gixxer Cup Race this round, championship leader, Joseph Mathew, qualified on pole ahead of Syed Muzammil Ali and Lalmawipuia. After a very close fight, Mathew took the win finishing just 0.006sec ahead of Malsawmdawngliana. Finishing in third place was Lalmawipuia.