Skoda Auto has premiered the Vision E study at the ongoing 2017 Shanghai Motor Show and claims it is the future of the company. The Vision E gives an insight into Skoda's electro mobility strategy and this concept will spawn five electric vehicles across different segments by 2025.

The Vision E concept is the first ever electric production car made by the Czech company. Skoda claims that the five-door SUV has a range of 500km just on electric power, subtly hinting that there might be a hybrid drive version as well. 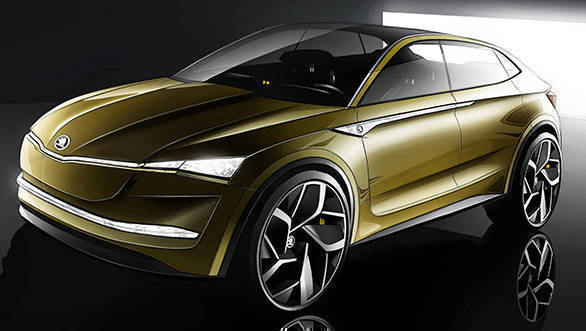 The Vision E Concept unveiled at the 2017 Shanghai Motor Show measures 4,645mm long, 1,917mm wide and 1,550mm tall. The interior of the SUV could be very spacious indeed, given that the wheelbase stands at 2,850mm. Powered by a new lithium-ion battery positioned in the hub of the vehicle, the SUV will be driven by two electric motors with a combined output of 305PS. The motors being positioned at the front and rear axles essentially means that the SUV will be all-wheel driven. While the top speed is a claimed 180kmph, there are no acceleration numbers mentioned. Skoda does say that the car "accelerates dynamically and instantaneously."

Skoda also claims that, according to surveys, by 2030, 15 per cent of all cars on the road could be completely autonomous. Hence, the Vision E Concept too has been made capable of achieving level 3 autonomous driving. Equipped with various sensors with different ranges and numerous cameras, Skoda claims that the SUV is capable of operating independently in traffic jams, going into autopilot on motorways, carrying out overtaking manoeuvres, independently searching for parking spaces, parking and leaving parking spaces independently.

Skoda will be developing its electro mobility plans based on the MEB group platform. Skoda will be launching the Superb plug-in hybrid in 2019 as a start to the new plans, but the first completely electric Skoda car is expected to be out by 2020 and there are plans to have five fully electric cars by 2025.

Would Skoda launch any of the five cars in India? Well, India is one of the most important markets for Skoda, and with Tesla recently confirming the launch of their Model 3 here, it does make sense for Skoda to launch their electric vehicles here too. Stay tuned to OVERDRIVE for more updates on this. 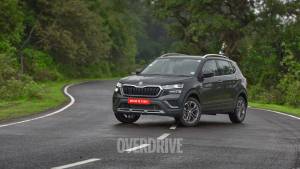 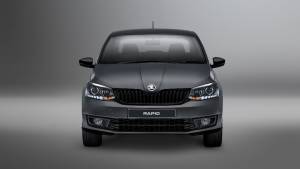