Day 3 of the 2017 Rainforest Challenge India continued to be a bit relaxed for both, the competitors and the officials. The special stages, which were held around the same campsite as Day 2 in Quepem, were a little more technical, but still comparatively easy, with just one or two winching points in each stage. 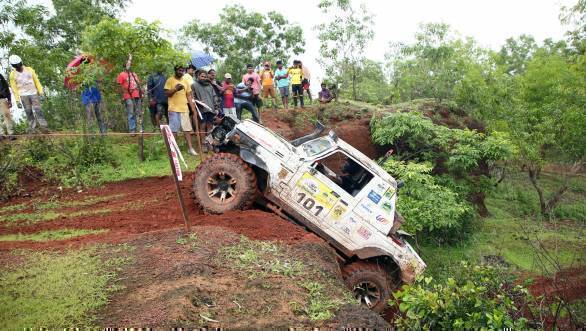 Regaining the lead after the six stages are Gurmeet Virdi and Kirpal Tung, after setting the fastest time in two of them, and holding a total score of 1072 points. Moving down to second are Siddartha Santosh and Prithviraj AC with 1066 points, after rolling over in one of the stages during a winching procedure. Jagat Nanjappa and Chetan Changappa still hold third place with a score of 1021 points.

Day 4 of the 2017 RFC India will move to a new campsite, where stages will be significantly tougher for the competitors with dense jungles and river crossings.