Team Stallion Riders have won the 2017 Pune Invitational Supercross League. The debutant team put up a stellar performance over the course of the three-day event, bagging a total of 438 points. The next team, Greesham was behind by 14 points. 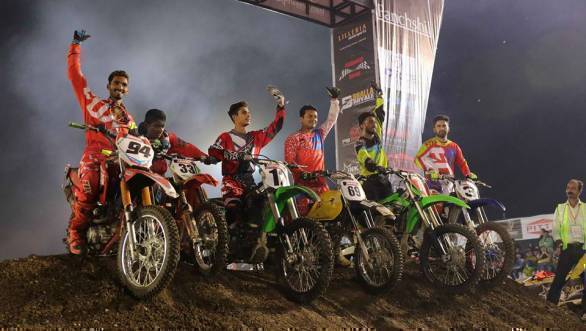 Teams competed against each other in four categories - SX1, SX2, SX3 and SXJ. Stallion Riders put up a dominant performance in the SX2 category, gathering 179 points in all. This was also the category where they grabbed the most points. Prithvi Singh was the best rider in the team, in the SX2 category. He scored 91 of the 178 points. Out of the six motos, he secured first in one and finished second in two. 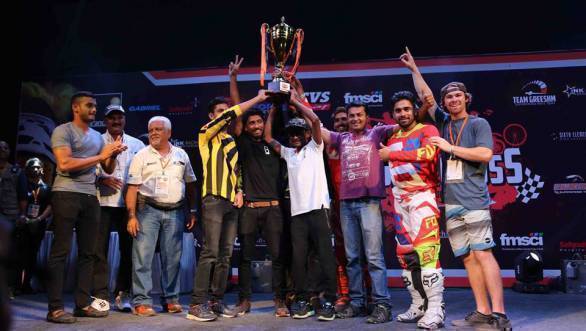 Team Stallion Riders with their trophy

Team Greesham's Javed Shaikh gave a tough challenge to Prithvi. He won five of the six motos and finished second in one. Javed was also the among major point scorers for his team, garnering 117, valueable points. 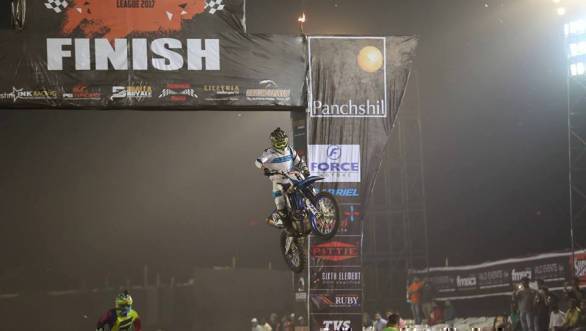 In the SX1 category, Harith Noah of INK Racing dominated winning five of the six motos. He was awarded the best rider title in the category. 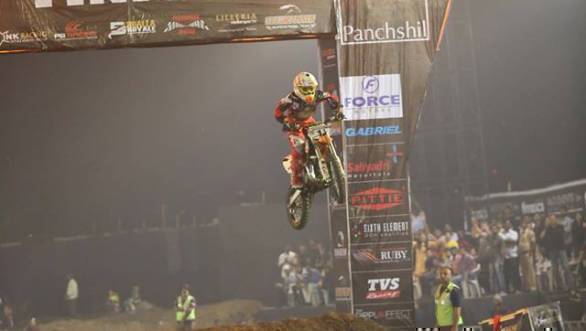 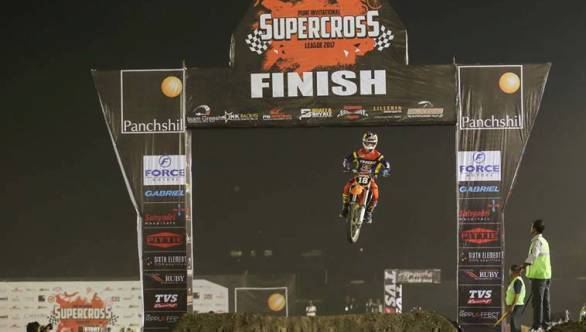 The action in the SX International category was pretty close, but, in the end, Team Greesham's Kerim Fitzgerald was the best of all. He bagged 110 points to finish ahead of Anthony Raynard and Justin Muscutt. This was a demo category, to expose the Indian riders to established, international talent. 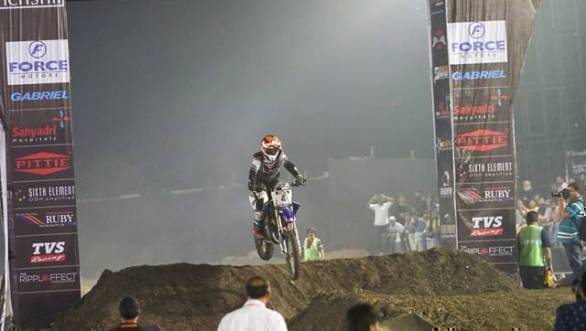 Tanika Shanbag, the only female rider, put up a brilliant performance in the SX Junior category, garnering 114 points. She won four out of six motos and finished second in the other two.