The 2017 OiLibya Rally of Morocco ended on October 10, 2017, on a celebratory note for Hero MotoSports Team Rally with their Portuguese rider Joaquim 'JRod' Rodrigues maintaining his position through the last stage despite a busted chin to finish seventh overall in the motorcycle category. Indian rider CS Santosh recorded his best-ever finish in this rally with 15th overall, bettering his result from the previous year. The closing stage of the 2017 OiLibya Rally of Morocco in Erfoud was a respite and went by smoothly, while earlier stages had been affected flooded riverbeds and bad weather which led to several changes to the schedule. The final stage comprised a 180km loop in the area around Erfoud. 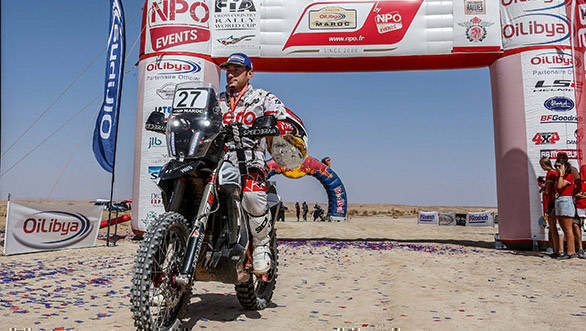 Maintaining his pace was even more challenging for Rodrigues who had a rough time crossing the dunes during the last stage. "In the beginning, the stage was going good where I was riding at a decent pace. Then when we started crossing the dunes, I jumped over one of them and landed in the flat. I bruised my chest and my chin, and had to take five stitches," he said. Rodrigues further said that with the bike feeling better and his seventh overall finish here, things are now looking good and the team is ready for the Rally Dakar. 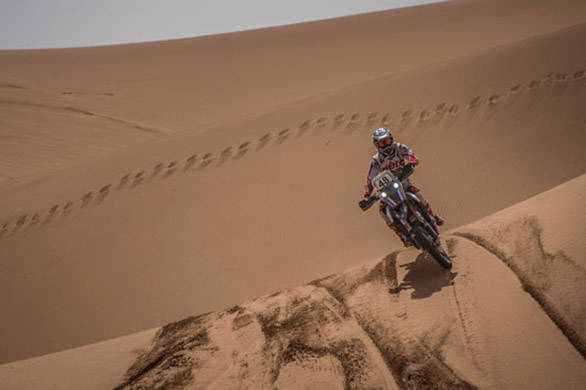 Santosh too looked confident with the new rally bike. "Going into this rally we knew it was going to be an important test with the new bike. I was really excited to see the evolution of our rally machine. From day one I made good progress and built up every day. I definitely did not repeat the mistakes I made last year. Back then I struggled a lot but, this year I have a better feeling with the new bike and everything is working really well," said CS Santosh, adding that he is happy to go to Dakar feeling like this. 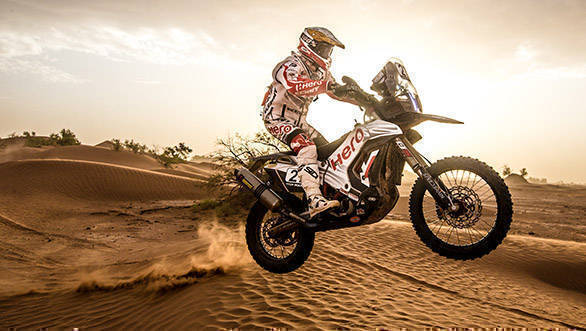 Meanwhile, Hero MotoSports team manager Wolfgang Fischer said he could not ask for more, with both the team motorcycles finishing the OiLibya Rally of Morocco without any technical problems. "This final round of the FIM Cross Country Rally World Championship brings us the first top ten result for Joaquim Rodrigues in a world championship event. Overall, we draw a very positive summary of the whole year's work and preparation. We're looking forward to the next big target, the Rally Dakar," he said.