Nissan India has launched the 2017 Terrano facelift between Rs 9.99 and 13.80 lakh, ex-showroom, Delhi. The new Terrano features cosmetic changes and a few feature additions while it remains the same mechanically. The Headlamps have been redesigned and now comes with LED DRLs and the tail lamps too now feature LEDs. There is a new grille and both the front and rear bumpers have been redesigned. The Terrano retains the same side profile, but features new diamond-cut alloy wheels. The facelifted Terrano will be available in a new colour - sandstone brown. 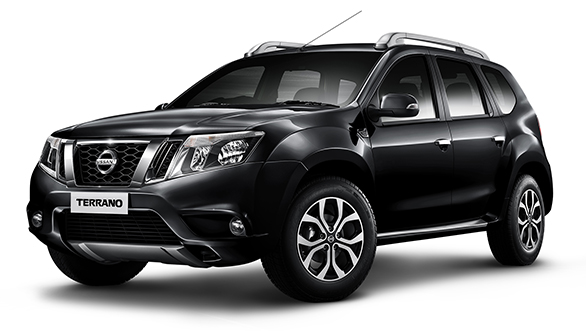 The changes to the facelifted Terrano are more pronounced on the insides of the car, with a new dual-tone colour scheme as standard, which will clad the dashboard, seats and door panels. There is also an option to choose all-black interior. The dashboard is now made of soft-touch materials and is redesigned to accommodate the new 7-inch touchscreen infotainment system with navigation and voice recognition. Other features like electric-folding ORVMs with integrated turn indicators, anti-pinch driver's window, and reverse parking camera have all been made available with the new facelift. A new seat fabric, a driver armrest and backlit door switches are other changes made to the cabin. Cruise control will be available only on the top-end XVD Pre and XVD Pre AMT variants.

The 2017 Nissan Terrano also offers higher levels of safety, with ABS, EBD, automatic warning for braking in emergency and dual-front airbags as standard. ESP is also available on the top-spec model. 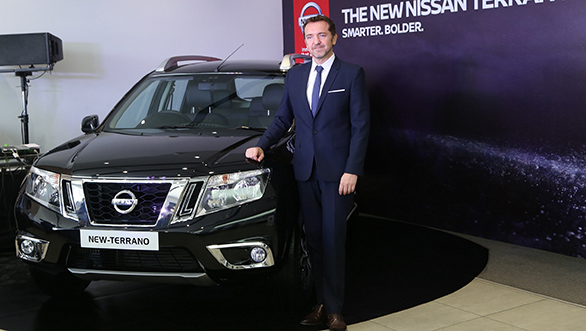 Nissan launched the AMT variant of the Terrano just a few months ago, and now they have restyled the compact SUV in order to keep up with competition. The Terrano facelift continues to be based on the BO platform, which also underpins the Renault Duster. 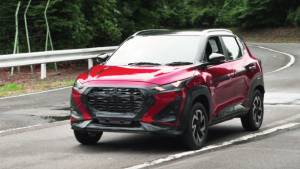