Team Baleno RS Boosterjets, after accumulating the most points over the weekend, have been crowned the champions of the 2017 Nexa P1 Powerboat, Indian Grand Prix of the Seas. The first boat driven and navigated by Sam and Daisy Coleman, managed a hat trick after three races, including today's grand finale. This gave them a total of 60 points. Their team-mates in the other boat, CS Santosh and Martin Robinson, finished eighth today, and had a total of 29 points. 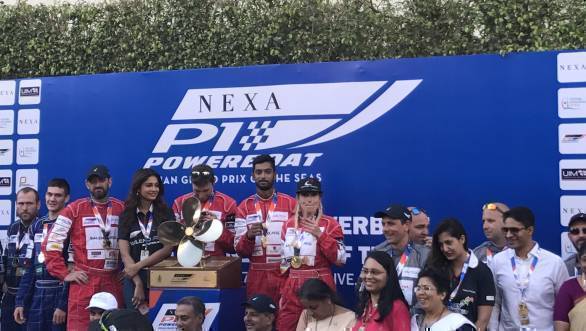 Gaurav Gill took ninth place today, but had a bit of bad luck. He was actually in line to take third place, but a broken engine mount halfway through the race forced him to slow down and fall back.