Team Honda Racing made a strong start to their 2017 MRF MMSC FMSCI Indian National Motorcycle Racing Championship campaign, bagging the highest number of podiums by a manufacturer in a single round. 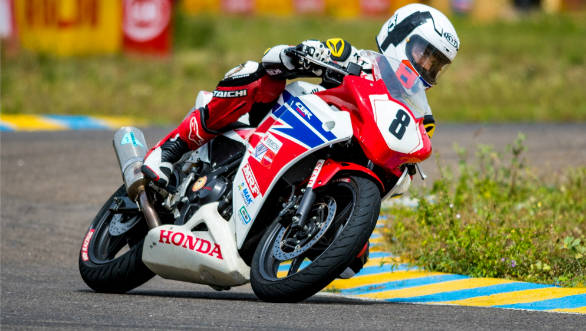 In National Championship's Super Sport 165cc Class, Rajiv S (Honda Ten10 Racing) won Race 1 after a nail-biting battle with his team-mate Mathana Kumar S. Towards the end, Rajiv managed to edge ahead cross the finish line, less than a second ahead of Kumar. In Race 2, Mathana Kumar S kept the Honda flag flying high, finishing the race in P2.

The Pro Stock 165cc Class also witnessed some intense action with Mithun Kumar PK clinching the top step of the podium with a dominant win in Race 1. He also set the fastest time of the race at 1min 18.359s. Honda rider B. Arvind finished the race in second position.

The Honda One Make Championship races were also held over the weekend and saw some intense battles for the podium. Honda ARRC-sponsored rider Rajiv S was pretty much unbeatable in the both Race 1 and 2 as he took top honours in both races.

In the CBR 150R Novice Championship, Hyderabad boy Satya Narayana won Race 1 and 2 with a comfortable lead. Satya is racing with Honda for the first time, and winning the race was quite an achievement beating everyone on a grid comprising of 40 riders. 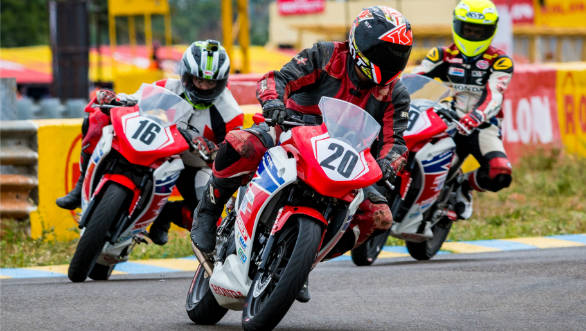 The Honda One Make Championship race for the ladies was quite action packed too, and Rehana Reya proved her mettle by winning the race. Shruti and Kalyani Potekar were also in the hunt for the victory but ultimately had to settle for 2nd and 3rd respectively.

The next round of the championship will be held at the MMRT in Chennai.

Speaking about the brilliant performance by the Honda riders, Prabhu Nagaraj, vice president - customer service, Honda Motorcycle & Scooter India Private Limited, said, "What an epic start to the 10th year of Honda's motorsports in India! Backed by the phenomenal performance of our young riders, Honda is leading the tally at the start of 2017 season. My heartiest congratulations to Rajiv, Mathana, Mithun and Aravind for their podium wins. 2017 season will witness intense racing action. The international learnings of Honda riders gained through Asia Road Racing Championship is giving them an edge. We, at Honda, are confident of more such stellar performances throughout this racing season." 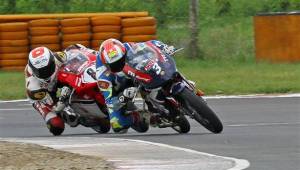 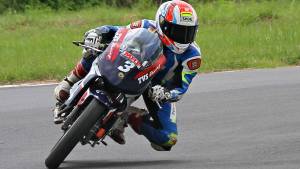 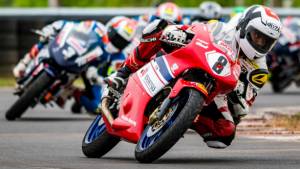