SUVs are primarily about functionality which is a common perception. However, there are some that challenge this belief. We are talking about the Mercedes-AMG G 63, an SUV that is more about outright performance than utility. It is already an exclusive offering; however, Mercedes-AMG has brought in an even more exclusive Edition 463 version of the G 63. The German car manufacturer has also launched a souped-up version of its flagship SUV, the GLS 63. The 2017 Mercedes-AMG G 63 Edition 463 is priced at Rs 2.17 crore while the GLS 63 is available at Rs 1.58 crore (ex-showroom, Pune). 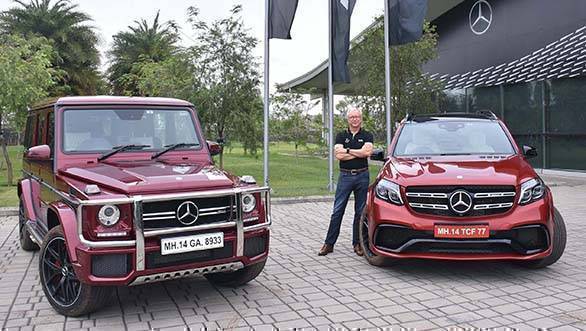 The 2017 Mercedes-AMG G 63 Edition 463 gets a host of performance additions over the regular G 63 SUV. It comes equipped with three modes of differential locks, an off-road reduction gear as well as electronic traction system. We believe all this tech will further improve the off-road capability of the G 63. Merc also states that this SUV has a total load capacity of 2,250 litres and can tow a maximum payload of 3,500kg.

In terms of performance, the Mercedes-AMG G 63 Edition 463 is powered by a 5.5-litre V8 motor that puts out close to 571PS and generates 760Nm of torque. This makes it more powerful than the regular G 63. All that power and torque is sent to all four wheels via an AMG-spec 7-speed automatic transmission. Mercedes-AMG claims that the G 63 can reach a maximum speed of 210kmph and do a naught to 100kmph in 5.4 seconds. These performance figures are identical to the regular G 63 SUV. 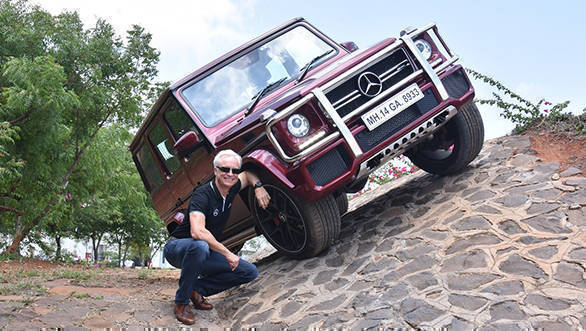 Making the Edition 463 distinct over the regular version are the stainless steel underride guard, AMG stripes on the sides, dark aluminium inserts and the 21-inch multi-spoke lightweight alloys. It also gets black designo leather, AMG carbon-fibre trim and other exclusive designo leather additions in the trims and the panels, to make the cabin more luxurious.

The other performance-based SUV that Mercedes-AMG has launched today in India is the GLS 63. The motor doing duty on this one is the same that powers the G 63. However, the state of tune is different. This unit churns out 577PS/760Nm, making it a smidgen over the one in the G63. The GLS 63 comes with sports suspensions with Active Curve System which, as claimed by Mercedes, offers better high-speed stability. 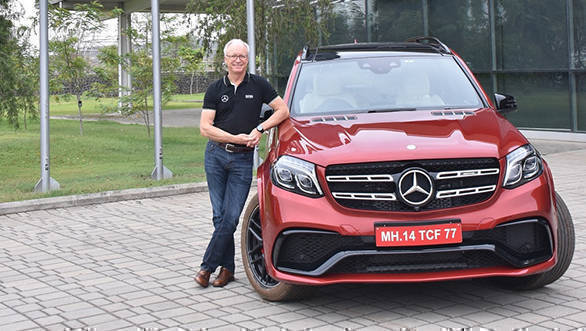 It is evident from the images that the 2017 Mercedes-AMG GLS 63 looks way more muscular and brawny than the regular GLS. Helping the SUV attain that are the exterior body package with aggressive AMG-spec bumpers, chrome fins and red brake callipers. The changes done inside are AMG-spec steering wheel along with AMG badges at different places.

With the launch of these two, the Mercedes SUV portfolio has gone up to eight. Since the AMG division has been contributing to the growth of the German carmaker in India, we believe the timing is apt. As been the case with AMG vehicles, the 2017 Mercedes-AMG G 63 Edition 463 and GLS 63 will be brought to India through the CBU route.