The first leg of the 2017 Maruti Suzuki Desert Storm concluded in Bikaner. Competitors had to cover a distance of around 250km, as they made their way from Hanumangarh to Bikaner, via Hardaswali and Arjansar. 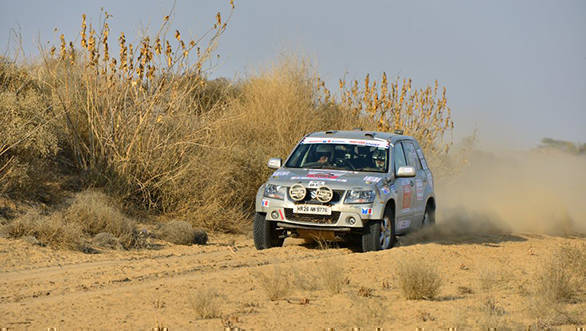 In the event's extreme category it was Suresh Rana from Team Maruti who led the rally, finishing the first stage first, ably navigated by Ashwin Naik in their Grand Vitara. Ending the day second was Gaurav Chiripal (navigated by Srikanth Gowda), while third place at the end of the day went to Sanjay Agarwal, with navigator Shivaprakash. 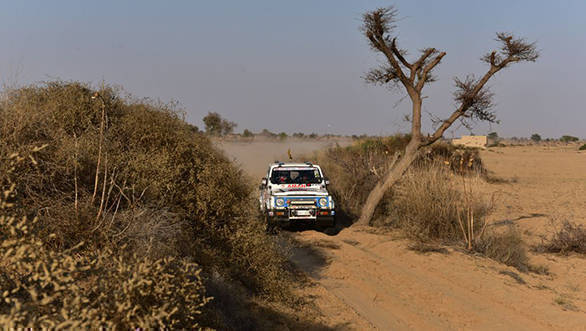 In the Moto category, it was India's big Dakar hope, CS Santosh who made it to the end of the stage first astride his Hero MotoSports Team Rally 450. TVS Racing's Tanveer Abdul Wahid completed the stage second, while R Nataraj, also from TVS Racing, ended the rally third. 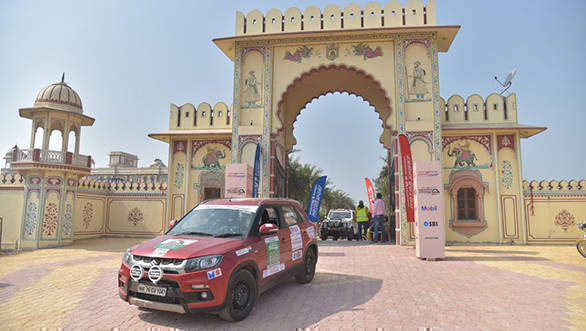 In today's stage, the rally will move towards Jaisalmer, with a total distance of 500km being covered.