The third round of the 2017 Malaysian Superbike Championship was held at the Sepang International Circuit, between the 28th and 30th of July. 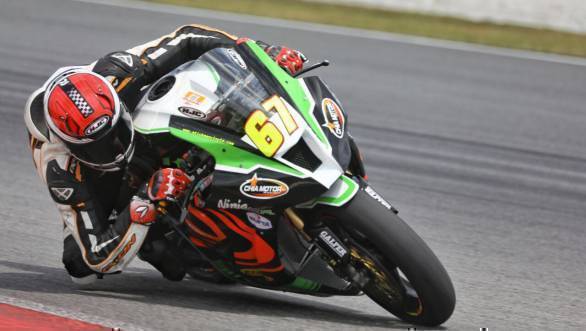 It was a tough outing for Rajini Krishnan, who was competing in the Superbike class (that is the 1000cc open class). The Indian rider, who won the Malaysian Superbike Championship in 2015, qualified on pole. However, the race wasn't particularly good, with Krishnan suffering a first corner crash and sustaining an injury and damage to the bike, that put him out of contention for the rest of the race. 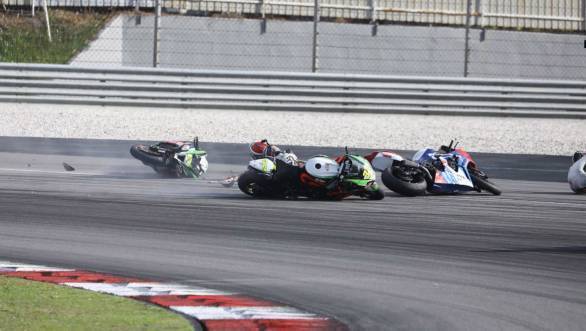 In the second race, things looked up though. Rajini managed to make it to the podium, after having an intense battle with his team-mate for third place.

Team RACR also fielded two bikes in the 250cc category. One bike was piloted by Prabhu Arunagiri, who qualified sixth, finished Race 1 in seventh place, and Race 2 in sixth place. Ritesh Sapre, the team's other rider, completed both races, although he finished outside of the points.