2017 Malaysian Superbike Championship: Double podium for K Rajini at Round 4 at Sepang

The fourth round of the 2017 Malaysian Superbike Championship was held at Sepang. Indian rider K Rajini of team RACR, who has won the championship in 2015, had a strong outing, and managed to claim two podiums of two races. This, despite the fact that he currently rides the 2014 Kawasaki ZX10R in the series, against current machines. 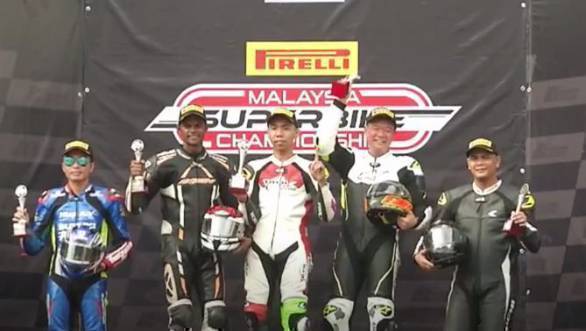 In the first race of the Superbike Open class (1000cc), Rajini took third place. In the second race, he took the lead and held it until the 21st lap. After losing the lead though, Rajini stayed close to the leader, although, by the end of the 24-lap race, he wasn't able to overtake for first, and had to remain content with second place.