Kawasaki has brought in the new range of its supercharged offerings the H2 and H2R in India. The 2017 Kawasaki Ninja H2 is priced at Rs 33.30 lakh while the Ninja H2R is available at Rs 69.80 lakh (both prices ex-Delh). In addition, there is a limited edition model called the H2 Carbon, priced at Rs 39.80 lakh, ex-Delhi. As the name suggests, this one gets a carbon-fibre cowl in a matte finish instead of the silver mirror paint job. The Japanese superbike manufacturer will be making 120 specimens of the same with serial numbers etched on the supercharger plate labelled on the engine. Also, the same is available as an accessory option that can be fitted on the 'standard' H2 and H2R models. 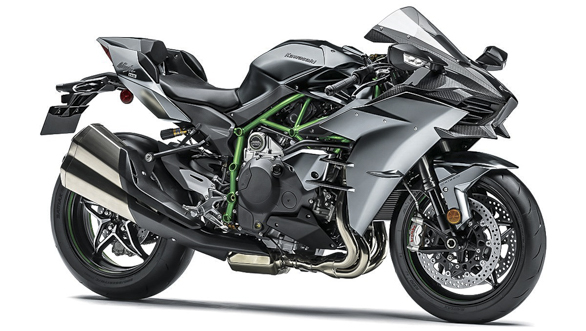 All the three models were showcased at the recently held Intermot 2016. The 2017 Kawasaki Ninja H2 and H2R come equipped with Ohlins TTX rear shock and IMU (Inertial Measurement Unit). It also gets updated form of the KTRC (Kawasaki Traction Control) and KIBS (Kawasaki Intelligent Anti-Lock Braking System). The exhaust system too has been updated to meet the stricter Euro-IV emission norms. Additionally, all three bikes come equipped with a banking-angle indicator that displays the lean angle while riding around corners.

Last year, the Ninja H2 received a new assist and slipper clutch that allows the lever pressure to function 40 per cent lighter, reducing rider fatigue on longer journeys, as well as helping to avoid rear-wheel hop when executing aggressive downshifts, states the company. 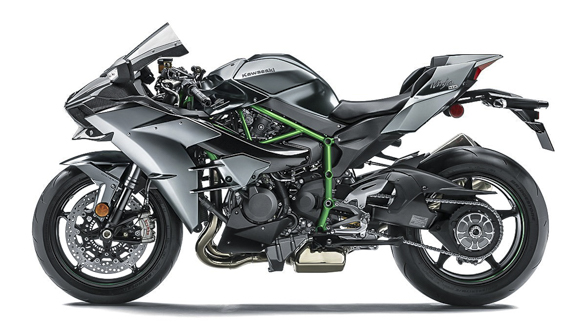 The 2017 Kawasaki Ninja H2 continues to be powered by a 4-cylinder, liquid-cooled 998cc motor with supercharger. This motor produces an impressive 210PS and generates a peak torque of 133.5 Nm, both at 11,000rpm. While its more aggressive sibling, the H2R, churns out a maximum of 326PS and 165 Nm. It should be noted that Kawasaki was only selling the regular H2 in India, while the H2R and H2 Carbon have been introduced this year.