Mumbai racer Nayan Chatterjee and Hyderabad's Anindith Reddy too won win apiece on Day 1 of Round 2 of the 20th JK Tyre FMSCI National Racing Championship. Both Nayan and Anindith took victory in the championship's premier class, the Euro JK 17 category. However, on Day 2 it was Vishnu Prasad who started out well, winning Race 3, while Ricky Capo took victory in Race 4. This meant that Vishnu Prasad, who'd had a disastrous first race when his engine suddenly stalled when he was in the lead and looked set for a first place finish, was able to retain his lead in the championship standings, with a total of 40 points, while Anindith, with 27 points is second in the championship. Nayan, with 24 points, is third. 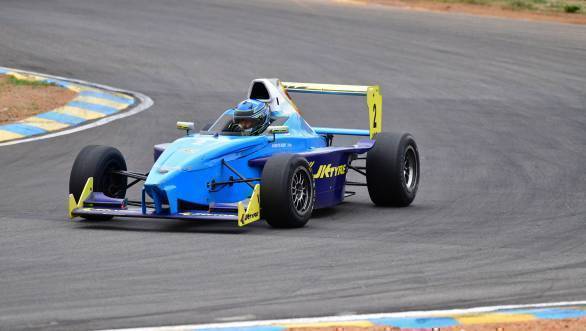 In the Suzuki Gixxer Cup, it was Chennai's Joseph Matthew who continued his winning streak. The rider took victory in both the races, extending his lead in the championship. 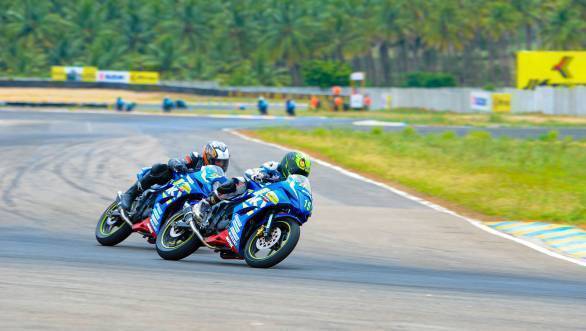 In the LGB F4 races, it was Kolhapur's Chittesh Mandody who took a fine first place in the first race, ahead of Rohit Khanna and Raghul Rangasamy. But Mandody, who was leading the championship after the first round, could not hold onto the lead once the second round was over. When he was handed a 30 second penalty for an infringement during the second race, it meant that Sandeep Kumar took victory, while Vishnu took second and Raghul took third place. The third race also witnessed the results sheet being reshuffled, after race winner Diljith TS was disqualified. This meant that Vishnu took victory, with Raghul second and Bryan Perera third.

In the Red Bull Rookies Cup races, Jaden Gunawardena won Race 1, ahead of Lalhruaizela and Lalnunsanga. Race 2 saw the order almost unchanged, with the only change being that it was Varoon S who took third place in the race.