Remember the second-gen Swift Dzire? The way there was more or less nothing carried over from the older car? In a similar fashion, the second-gen Hyundai Xcent bears just a passing resemblance to the outgoing car. The updated Hyundai Xcent is priced between Rs 5.38 lakh to Rs 8.41 lakh, ex-Delhi. The outgoing car will now only be available for tour operators and the taxi fleet, a la Dzire Tour.

For starters, the Xcent no longer looks like a Grand i10 with the boot strapped on. In fact it looks similar to the upcoming Verna facelift. The family cascading design family grille looks good on the Xcent and so do the hexagonal fog lamps. The inverted DRLs too complement the look of the car. The 15-inch alloys are a new design too. Hyundai has introduced split tail lamps for the new Xcent while the top-spec variants come with an integrated boot lid spoiler. 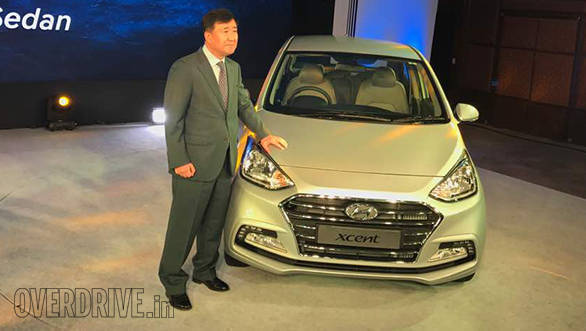 The interior is similar to the facelifted Grand i10. This means the 7-inch touchscreen infotainment system that comes with Apple Carplay, Android Auto and Mirror Link. There is no inbuilt navigation though. The steering wheel is also new and has a new voice command button that works only if your compatible phone is connected via a USB. Unlike the Grand, the Xcent gets lighter upholstery. The older Xcent's virtues like automatic climate control, cooled glove box, ample storage spaces and rear AC vent along with charging socket are carried forward to the new car. 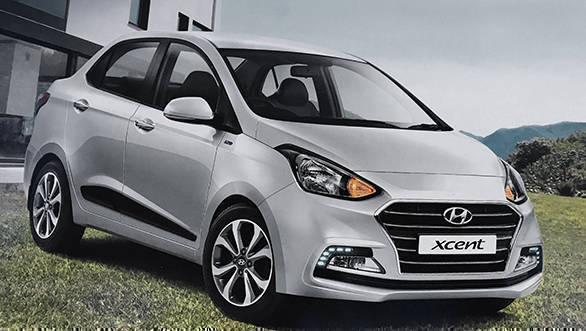 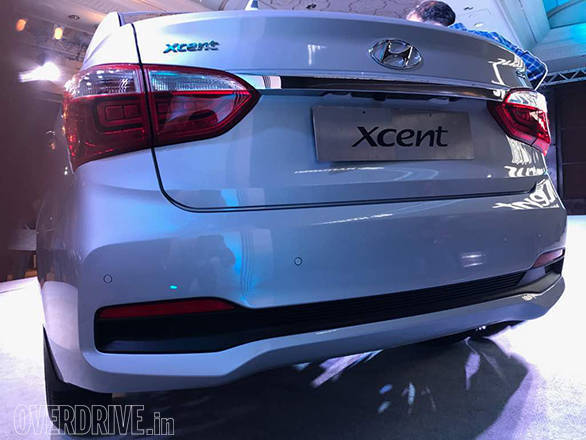 The Grand i10's smooth and vibe-free new 1.2-litre diesel engine makes the same 75PS/190Nm in the Xcent. The motor is mated to a 5-speed manual and the claimed economy is 25.14kmpl, 1kmpl more than the Grand. The petrol has been slightly revised and now ekes out nearly 1kmpl more, says Hyundai. Both the engines get alternator management, which Hyundai says contributes to the improved economy numbers.

Hyundai offers dual airbags as standard across the range while ABS is available only with the SX and SX (O) trims. 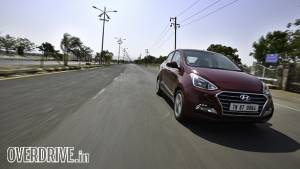