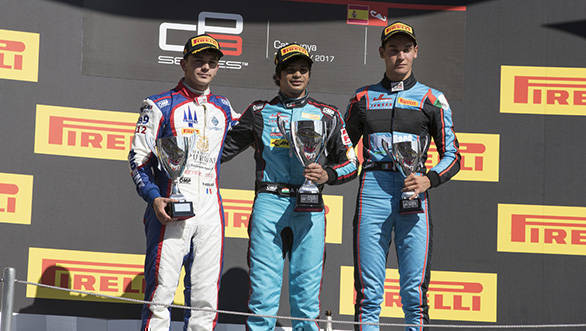 Jenzer Motorsport's Arjun Maini became the first Indian to win a race in the GP3 series at the first round of the season in Barcelona, Spain. In the first race, for which he qualified sixth, Maini had managed to move up by one place in the first lap. However, he eventually fell to seventh, which he held till the finish to claim six points. In Race 2, Maini started from second and quickly took first place from pole-sitter, Raoul Hyman. By Lap 10, he managed to pull a 4.5-second lead which he stretched to six seconds by the end of the race.

This win places him in third place in the overall championship standings. The next round in the 2017 GP3 season will be held in July at the Red Bull Ring in Austria.