The countdown for one of world's most important automobile event, the 2017 Geneva Motor Show has already started. Lamborghini is gearing up its most radical version of the Huracan, called the Huracan Performante that debuts at the motor show. The Performante, as claimed by Lamborghini might be the fastest sportscar on the Nurburgring.

It was previously speculated that Lamborghini might call it the Superleggera however the Italian brand confirmed the Performante nameplate for this model. The Lamborghini Performante weighs 40kg lighter than the regular Huracan. This was achieved by employing a new exhaust system that itself contributes to 11kg. In addition, the Performante will come with forged carbon composite along with a new rear wing, both have which contributed to the weight reduction of the sportscar 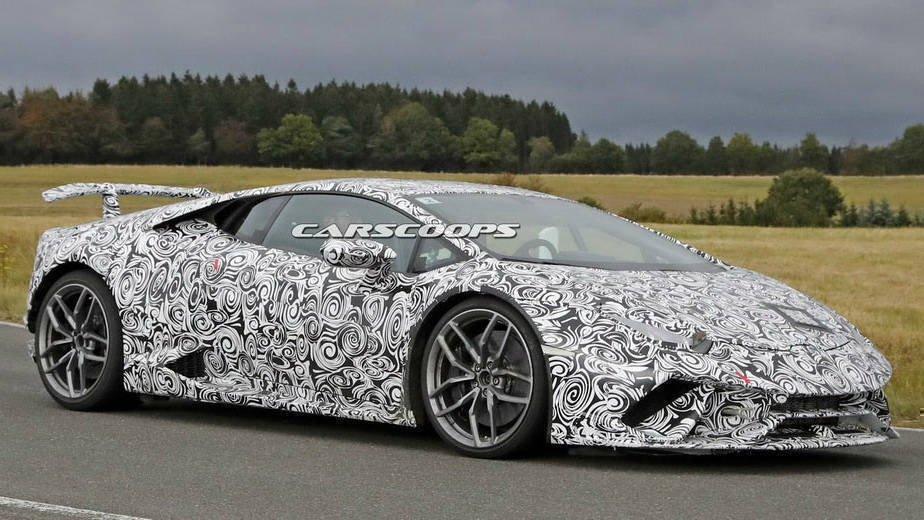 The Lamborghini Performante will be powered by a 5.2-litre V10 makes a total of 645PS and generates 615Nm of torque. The power and torque numbers have gone up by 40PS/40Nm from the Huracan LP 610-4 and 63PS/60N from the rear-wheel drive version of the Huracan LP580-2. It is also said that the dual-clutch transmission mated to the motor has been tweaked for smoother and quicker shifts.

It is not just the motor that has received tweaks as the suspension too has been updated specially for the Performante. The main highlight of the new faster Lambo is the active aero tech which self adjusts the suspensions. It uses electronically controlled motors to move the different aero elements such as the front splitter and the the angle of the rear wing. Needless to say that angle of the wing will be adjusted according to the three drive modes, strada, sport and corsa.

The Lamborghini Peformante is expected to be faster than the Aventador SV and the Porsche 918 Spyder. The top speed and acceleration timings of the Lamborghini Performante will be disclosed at the Geneva Motor Show.