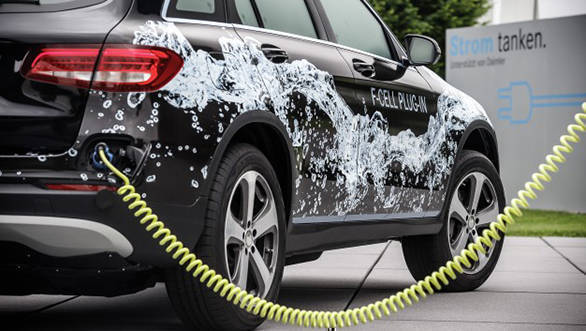 Introduced in 1994 as the NECAR 1, Daimler's fleet of fuel-cell vehicles has so far covered more than 18 million km in tests in various versions. Just the Mercedes-Benz GLC F-Cell has undergone 200 tests since its development and in the process has emitted 1,800 tons of water vapour as its only waste product. If you wish to get your hands on one, however, Mercedes had earlier stated that the production version of the F-Cell would go on sale initially in Germany, Japan and the US in 2017, then in the UK in 2018. Meanwhile moving from the frugal and eco-friendly to the tyre scorchers, Mercedes-Benz is also bringing its updated 2018 S-Class Coupe as well as Cabriolet in the S560, S63 AMG, and S65 AMG guises to the 2017 Frankfurt Motor Show. We have already previewed these models here.