The all-new Volkswagen Polo GTI has broken cover at the 2017 Frankfurt Motor Show. The new Volkswagen Polo GTI comes powered by a 2.0-litre, four-cylinder, turbocharged petrol engine that replaces the older car's 1.8-litre unit. The car debuted at the International Motor Show in Germany. As compared to its predecessor that was launched as the Volkswagen GTI in India last year, the new car gains in terms of dimensions, space and performance. The new engine offers 200PS of power as compared to 192PS earlier. Peak torque now stands at 320Nm as opposed to 250Nm earlier. Claimed 0-100kmph now stands at 6.7 seconds and top speed will be limited to 237kmph. 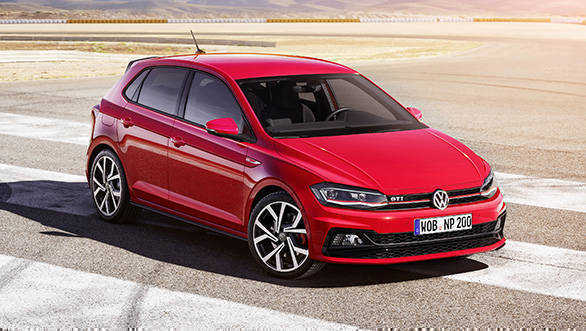 The car will come mated to a six-speed DSG gearbox initially, though it will be offered with a six speed manual in international markets next year. The new GTI would of course need the additional power considering it is a bigger car  wheelbase in now up to 2594mm  and is heavier too. In keeping with the GTI suffix, it looks sportier than the new generation Polo thanks to its additional bodywork. The red stripe continues to take its place of pride on the honeycomb grille, brake calipers are finished in red while the front bumper is lower to make for a sportier front end. The new GTI runs on 17-inch wheels, though 18-inch wheels will be offered as option too. 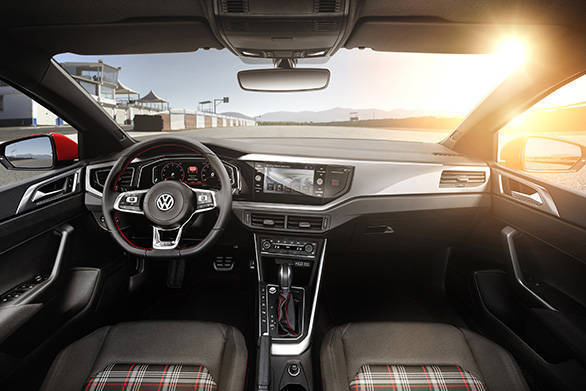 The 2018 Volkswagen Polo GTI uses a 10.25 inch all-digital instrument console, a first for the GTI

The new GTI gets standard sport suspension that has the car sit 15mm lower, and includes Volkswagen's XDS locking differential. Buyers could opt for the Sport Select suspension that gets active dampers and allows the driver to choose between Normal or Sport driving mode. An important change inside is the switch to an all-digital console, carried over from the new generation Polo, but in a sportier avatar. This is a 10.25 inch Active Info Display and in the GTI uses a lot of black, white and red accents in keeping with its character. Interior space and boot volume are up thanks to the increased dimensions, adding more to the car's practicality. 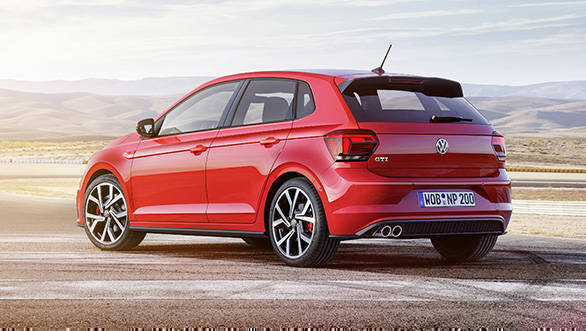 The 2018 Volkswagen Polo GTI comes with 17-inch wheels, and 18-inchers will be offered as optional.

Volkswagen has not confirmed a timeline for the India launch of the new Polo yet, and at this point of time it is difficult to comment as whether the new generation GTI will be launched here or not given its premium pricing and positioning.