Jehan Daruvala, who is backed by the Sahara Force India Academy, and races for Carlin, became the first Indian to win a race in the FIA F3 European Championship. He managed to take a win in the third race of Round 5 at the Norisring Circuit. Daruvala had qualified in P2 behind pole-sitter and championship leader, Maximilian Gunther. With a good start, he managed to get side by side with Gunther before C1, and defended the inside line to take the lead. Despite two full-course yellows being deployed during the race, Daruvala held the lead throughout the race to finish 0.458 seconds ahead of Gunther. 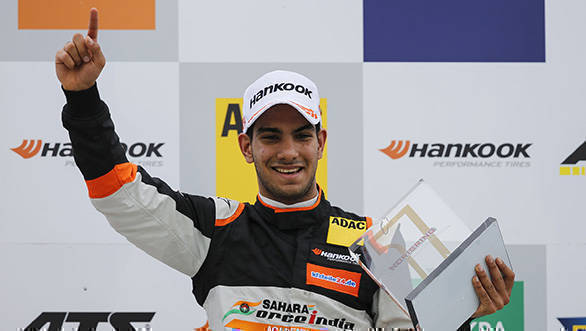 "It feels brilliant to get my first F3 win. I have been quick all weekend and it finally came together this race," said Daruvala. He also said that although the pressure was immense throughout the race, he was enjoying himself.

Daruvala finished sixth and fourth in the first two races of the weekend, which puts him at fifth place in the overall standings. The next round of the FIA F3 European Championship will be held at the Spa-Francorchamps Circuit in Belgium on July 29-30.