Jehan Daruvala took pole position at the second round of the 2017 FIA Formula 3 European Championship at Monza. In doing so, he became the first Indian to score pole in this particular series. 18-year-old Jehan's pole also comes 16 years after the last Indian, Narain Karthikeyan, managed to score pole in an F3 series. Karthikeyan had claimed pole at the erstwhile British F3 Championship's Macau round. 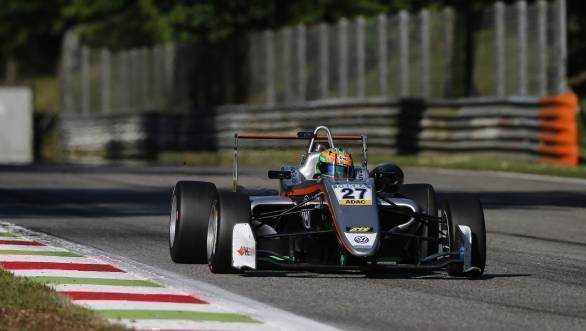 Jehan took pole with a time of 1min 44.105sec, which was three-hundredths of a second faster than the time of his team-mate from Carlin, Lando Norris. The top three drivers were separated by a tenth of a second, and the top six drivers were within half a second of each other.

Jehan began his weekend well, sixth and third in the two practice sessions. He begins Race 1 on pole. An additional qualifying session after Race 1 will decide the grid positions for Races 2 and 3.

"I like this track a lot. This is where I had my first pole in the Formula Renault. The car felt good and we made a few changes after practice which worked well. Importantly I got a good slipstream and also ensured that I took no risks, once I saw I had a good time on my last lap" said Jehan.

He will be hoping to improve on his performance, scoring actual podiums at Monza, after he managed two rookie podiums at the season-opening race at Silverstone.