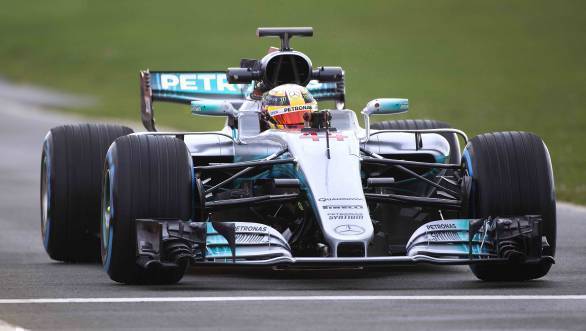 The W08 is lower and wider than Mercedes AMG F1's 2017 machine, and features a smaller version of the shark fin on the engine cover. Although whether that will make it to the car that takes to the track at the first race at Australia later this year remains to be seen. 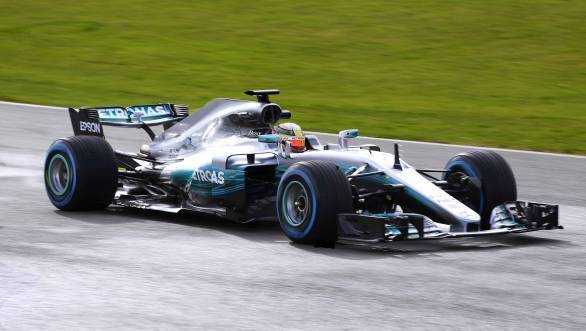 Mercedes revealed that only 17 per cent of the W08's parts are sourced from the previous year's car. The team also revealed that the floor and bargeboard area had received considerable work, as also the car's overall aerodynamics. Powering the W08 is the new M08 engine, that has been redesigned for 2017. One of the key factors that went into the redesign of the engine was the fact that the increased downforce meant that drivers will now spend more time fully on the throttle, which also means that the engines need to last longer and be more reliable, especially since each driver is only allowed four engines over the course of the 2017 season. 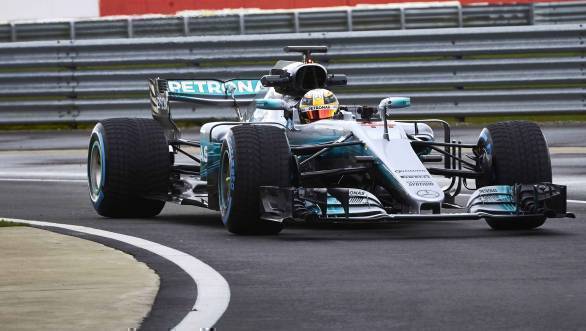 Lower and wider front and rear wings on the W08

Hamilton, who drove the car said that he believed it to be "fantastic" after his laps at Silverstone.