BMW has provided a sneak peek into the next generation of the Gran Turismo with the 6 Series Gran Turismo. The 2017 Gran Turismo gets a brand-new face and can be called a love child of a premier sedan and a spacious coupe. From the front, the new Gran Turismo looks like the 6 Series M Sport and the back is similar to the 3 Series GT. 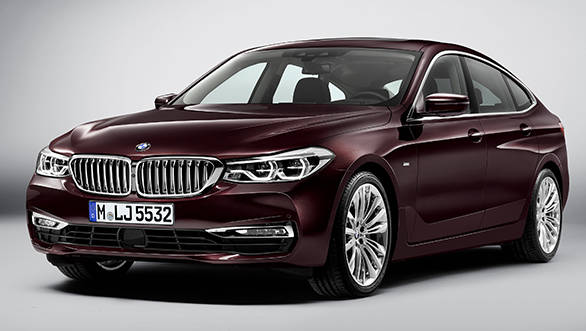 When compared to the 5 Series model, there are a number of technological improvements that the 6 Series is fitted with. This includes a self-levelling air suspension at the rear axle which can further be enhanced by selecting  adaptive suspension, the executive drive option which is offered along with the integral active steering system. This also comes with an active roll stabilisation. The Gran Turismo is fitted with a two-axle air suspension which can be used to adjust the ride height of the vehicle by 20mm as claimed by BMW. 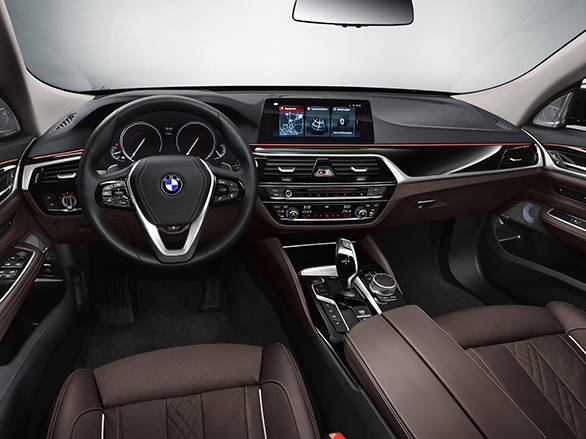 The new Gran Turismo is a smidgen larger compared to its predecessor with an exterior length of 5,091mm which is 87mm longer but the width remains unchanged at 1,902mm. The newer model still keeps some of the familiar features like the long BMW styled bonnet and set-back positioning of the cabin. It does come with a wheelbase of 3,070mm and frameless windows which are the same as that on the older model. The 6 Series Gran Turismo does have elongated window outlines that go all the way back to the rear end. Aerodynamically, the 6 Series Gran Turismo is claimed to be better than the 5 Series with a claimed drag coefficient (Cd) of 0.25 as compared to the 0.29 of the older model. BMW claims this is because of the new design low-slung silhouette, active air flap control and an automatically extending rear spoiler which were all absent in the older version. The whole tail section is 64mm lower in height. 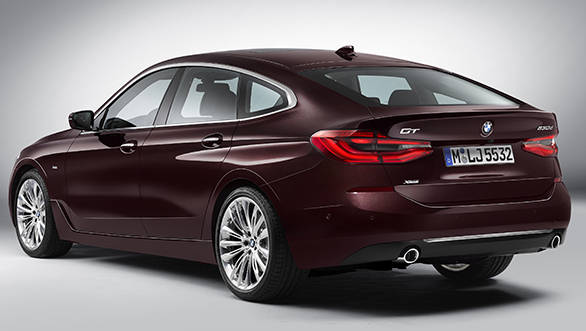 The interiors of the new Gran Turismo are packed with features but still manages to keep the elegant BMW standards. Some of the features that the new models come with include iDrive system along with voice and gesture control. The driver assistance system is also included in the Gran Turismo along with the standard stereo camera as well as optional radar and ultrasonic sensors as well as the active cruise control with stop-go function which is operational. Here is a look at the three variants.

This version comes with an 8-speed Steptronic transmission as a standard with a 2-litre 4-cylinder 1,996cc petrol engine, with the TwinPower Turbo technology, churning out 261PS and 400Nm of torque. It is claimed to go from naught to 100kmph in 6.3 seconds which is 0.7 seconds faster than the 5 Series version. The fuel consumption on the 630i is claimed to be 6.2-6.6 litre/100km which is claimed to be 15 per cent lower than the older models. It also has a claimed top speed of 250kmph.

This version comes with the same 8-speed Steptronic transmission but the engine is a 6-cylinder inline 2,998cc petrol engine. It does have the same TwinPower Turbo technology. This engine outputs 345PS and 450 Nm of torque. It is claimed to go from 0 to 100kmph in 5.3-5.4 seconds and has a top speed of 250kmph making it a tiny bit faster than the 630i. The company also claimed that the fuel consumption on the 64oi is also lower compared to 630i at 7-7.4 litre/100km.

This version also sports the same 8-speed Steptronic transmission, and the engine is a 6-cylinder inline diesel engine with a capacity of 2,993cc. This model is also equipped with the TwinPower Turbo technology as the 630i and the 640i. The engine generates 269PS and a torque of 620Nm. The claimed top speed is the same as that of the other two models at 250kmph, but the acceleration is 6-6.1 seconds from naught to 100kmph, as claimed by BMW.

The BMW 6 Series Gran Turismo will be unveiled at the Frankfurt's International Motor Show, which begins on September 14, 2017. The market launch can be expected in November 2017. The India launch  will happen next year, most likely at the Auto Expo 2018.