The Triumph Speed Triple is a rather impressive machine and that goes before Tom Cruise rode the amazing Mission Impossible edition of the motorcycle. Now Triumph has released the first details of the new 2016 model and a lot has changed for the Speed Triple. 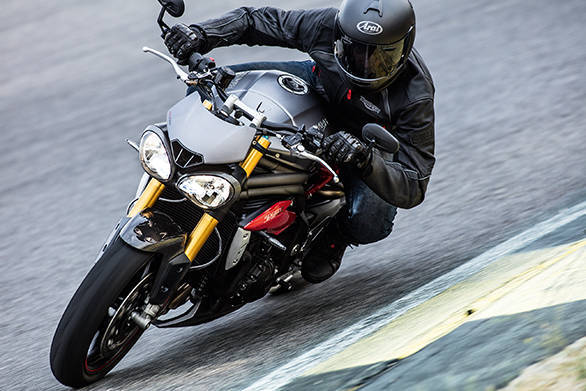 Clearly the focus of the new model is an engine update. Triumph says 104 changes in the 1050cc three-cylinder engine have been made. Triumph doesn't crow about a new power figure - so we assume that's gone up by a modest amount. However, the company is promising a stronger swell of torque across the rev range - which is scary - as well as 10 per cent more economy and the ability to meet Euro 4 emissions norms. Triumph reveals that the new machine will have a new combustion chamber design, new cylinder head, a new machined crank, new pistons, new throttle bodies and more. 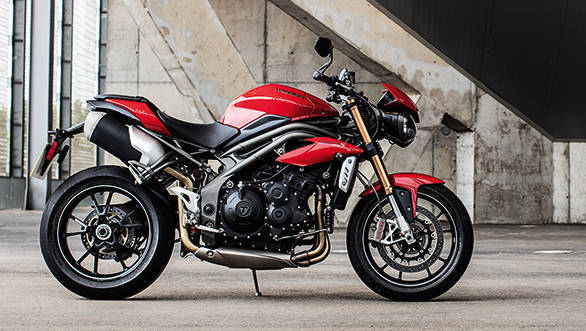 Along with the mechanical updates come the other biggie - ride by wire. The Speed Triple gains a new ECU which offers five riding modes - Road, Rain, Sport, Track and a Rider Configurable mode. Triumph has not detailed what goes into each mode but usually a combination of power limits and throttle response generates a range of controllability that is usually useful. Also new is traction control, obviously. The Speed Triple's naughtiness is legend so you can turn off both ABS and Traction Control should you want to. 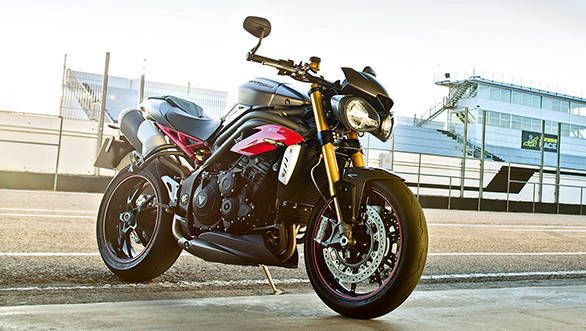 It isn't just an engine design either. Triumph say the new engine and radiator design allows the bike to offer a 20mm narrower stand over. As in the Speed Triple will feel narrower between the legs when you are stopped which aids rider confidence and gives a sense of control. On the chassis and styling side, Triumph are adding Brembo monoblocs to the Speed Triple's equipment and sort of like the Street Triple RX, adding a Daytona 675 inspired sleek new tail. 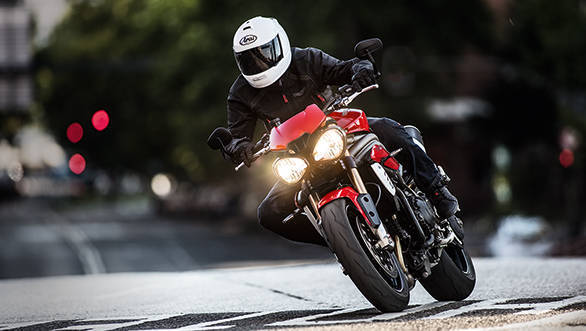 The big news is that the Triumph Speed Triple is now a two-model line up. The base Speed Triple S gets all of what we've mentioned so far. It also has adjustable suspension front and rear, restyled radiator shrouds, the new tail end and a new exhaust design. You can have one in red or black. Above that is the new Speed Triple R which adds higher spec body panels, carbon fibre bits (front mudguard and various infills), plus the big one-  Ohlins adjustable front and rear suspension. The R also looks glitzier with its billet machined handlebar clamps, risers, swingarm pivot cover and other garnish. The R comes in white and matte grey with the red details that mark out the naked Rs a la Street Triple R. 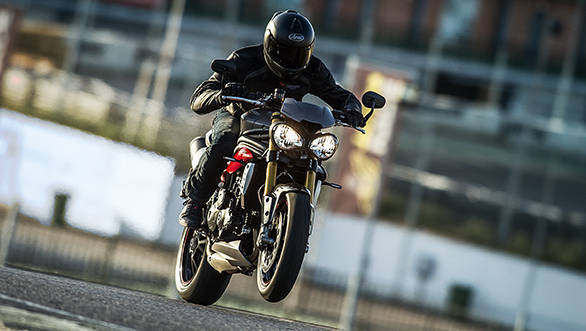 Triumph are currently heavily promoting the 2015 Speed Triple in India with some dealers offering as much as Rs 50,000 off as well as lower interest rates for loans. Once the old stock clears, the new bikes should arrive. We expect Triumph to roll out the new Speed Triple in January 2016 at the latest, well before the Auto Expo so that it doesn't occlude the thunder of its smashing range of five new Bonnevilles. 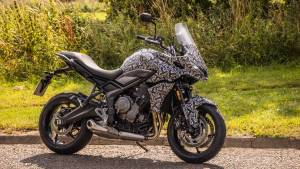