2016 Superb likely to be based on Vision C Concept

The Skoda Vision C concept, which was revealed at the Geneva Auto Show 2014 as the company's future direction, will lend some of its design elements to the 2016 edition of Skoda's flagship sedan, the Superb.

The Vision C is Skoda's first five-door coupe and is based on the MQB platform and has a large chrome grille, triangular shaped head and fog lamps. The flanks of the car boast clean, sharp lines and the posterior gets angular lamps. The 2016 Superb is rumoured to have most of the above design elements and a wheelbase which is longer than the current model, adding even more space to the already roomy interior. The current Superb is based on Skoda's B6 platform, while next year's model is believed to be based on the B8 platform, making the upcoming car a couple of generations ahead than the existing one.

The Vision C had interiors which were made of state of the art materials and had good quality. The new Superb is also expected to carry on the same lines.

Engines have not been confirmed yet but we believe it will be a 2.0litre four cylinder oil burner tuned for more power and better fuel economy mated to a six-speed manual gearbox. 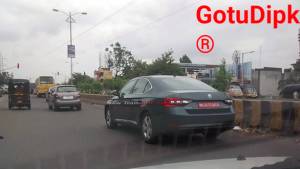 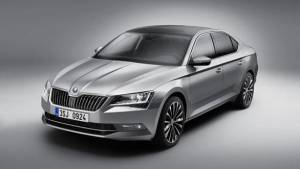