Ahamed Kadai Yaseen from India is one of the 13 candidates to be selected for the 2016 Shell Advance Asia Talent Cup. The selection took place at the Sepang International Karting Circuit, where the racers rode customised Honda underbone scooters to be judged by a panel of experts led by the director of the Cup, Alberto Puig. Yaseen and the others were tasked with setting the best lap times and also showcasing their handling skills on the scooters. 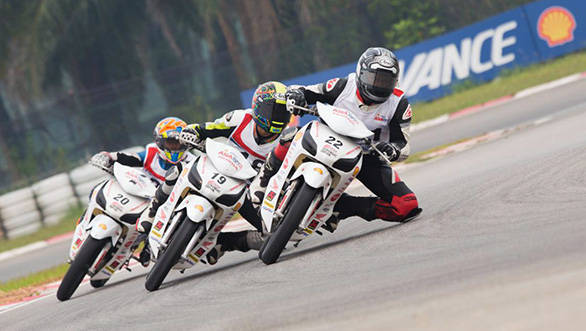 "We are happy, we have some nationalities that could be in the lap times. This is important, and this gives us a better package for next year. From now on we will have to try to work with these kids during the winter and see how they join together with the guys that are already in the Cup," says Puig.

The final list of participants will comprise of these 13 riders along with those from the 2015 edition of the Shell Advance Asia Talent Cup that would be invited to compete this season.