Royal Enfield has finally launched the much anticipated Himalayan adventure tourer in India at Rs 1.55 lakh, ex-Mumbai and on-road Mumbai at Rs 1.78 lakh. The Royal Enfield Himalayan is offered in two colours - black and white. The motorcycle will be sold through the company's 500 outlets in India. 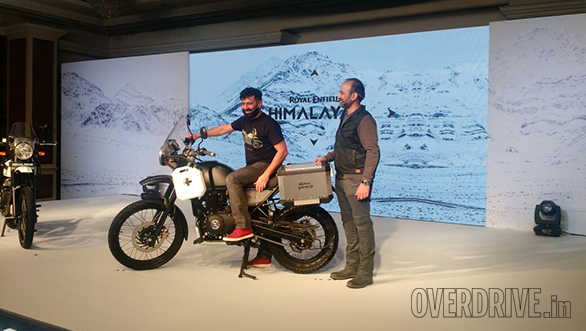 The Royal Enfield Himalayan boasts an all-new engine, chassis and suspension. The 411cc single cylinder air-cooled SOHC engine makes 24.5PS and 32Nm and is mated to a 5-speed gearbox. Royal Enfields are all about torque and this one makes its peak twisting force between 4,000-4,500rpm. The engine is mounted on rubber mounts and also has a counter balancer to dampen the vibrations. Our first ride says that Royal Enfield has succeeded with this approach.

Commenting at the launch of the Himalayan, Siddhartha Lal, MD & CEO, Eicher Motors Ltd. said, "Himalayan is the culmination of Royal Enfield's 60 years of enduring history in its spiritual home - the Himalayas. Our single biggest insight in all these years of riding has been that the best motorcycle for the Himalayas is not one that tries to dominate its landscape, but one that is able to go with its flow. Large adventure tourers that currently define this category, do not fare well in the Himalayas as they are very heavy, extremely complicated, intimidating and not really designed for this environment. With its purpose-built ground-up design, the Himalayan is a simple and capable go-anywhere motorcycle that will redefine adventure touring in India."

The half-duplex split cradle frame is all-new for RE. There are 41mm front forks with 200mm travel and a monoshock at the rear with 180mm wheel travel. The kerb weight of the motorcycle is 182kg while the fuel tank capacity is 15l. 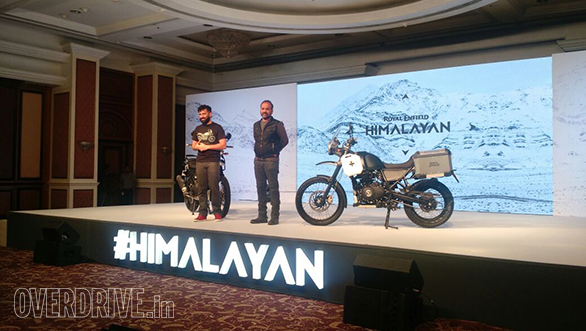 In its quest to traverse various terrains, the Himalayan has Ceat Maxx Gripp on/off road tyres, long travel suspension, a compass as part of the instrument cluster, a set of accessories which enhance the touring capabilities, a fly screen in the front as well as easy to procure and affordable spare parts. The motorcycle has been tested over different landscapes for a couple of million kilometres, says Royal Enfield.

Rudratej (Rudy) Singh, president, Royal Enfield said, "What excites me about our new motorcycle, is that it fundamentally builds on Royal Enfield's core philosophy of balancing aspiration with access. It allows both seasoned riders as well as enthusiasts to do more with just one motorcycle. The Himalayan serves the purpose of a seasoned rider and at the same time opens the roads (pun not intended) to many more people who will get the confidence that they can ride on and off the road less travelled, going beyond their day-to-day commuting needs."

He further added, "Functionally - the Himalayan's non-intimidating spartan design, a flat torque curve, accessible seat height and long suspension travel alongside the ease of ownership, makes the Himalayan an extremely versatile motorcycle that is adept for long rides while equally being the definitive choice to navigate our urban jungles. Towards creating and growing a new segment which offers an option for adventure loving motorcycling enthusiasts we are offering the new Himalayan at a price of Rs. 155,545 (Ex-showroom) in Maharashtra and Rs. 178,872 (on-road) in Mumbai"

Royal Enfield Himalayan: Things that thrill and things that don't 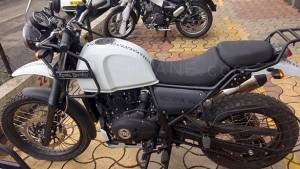 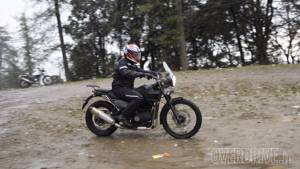