The 2016 Rainforest Challenge is coming up next month and registrations have closed with the 25 slots filled up. While there are competitors who will be making their return after the first two seasons, there are quite a few who will be making their debut this year. Acoording to Ashish Gupta, the founder and director of Cougar Motorsport, this year's competitor list has "a balanced mix of new talent, RFC India veterans and seasoned off-roaders." From Force Motors' factory team are the winners from the 2015 RFC India, Tan Eng Joo (co-driver Tan Choon Hong) and Merwyn Lim (co-driver Hamizan Bin Abdul Hamid). Representing Gerrari Offroaders, Chandigarh are four teams of which two drivers  Kabir Waraich and Gurmeet Virdi  finished third and fourth in the 2015 edition. Also from this team are Tejinder Singh and his co-driver Harpreet Singh, who earned their place in the event by winning RFC's northern regional round.

BODA (Bangalore Offroaders Development Association) is also bringing in four teams this time, which include drivers Prashanth GV and Pradeep Kumar who had participated in the previous season. From Kerala are the KTM Jeepers who will be making their debut in RFC India with four teams. Meanwhile from Hyderabad, there are three groups  Team Hyderabad, Team Mars and CORAC. While Chaitanya Challa and Abinav Nukala from Team Hyderabad and CORAC do have an idea of what is about to take place, the others will be participating for the first time in the RFC this year. Jagat Nanjappa and Chethan Chengappa who will be the only team from Coorg's V5 Offroaders were winners of the RFC's south regional rounds, and earned their free entry into the main event.

This year, RFC India is scheduled to be held from July 22-29 in Goa, and seeing how much the competition had grown in just one year, we're expecting quite a lot from the third edition. A few of the competitors had even travelled with us to witness the 2015 RFC Malaysia, and hopefully we'll see them apply whatever they learned at the main event.

We had heard earlier that this edition would host participants who had competed in RFC Malaysia. However, the competitor's list doesn't include any of them. Ashish Gupta told us that there are teams from Russia and Sabah ready with their vehicles to participate here this year. However, the ATA Carnet which requires them to pay two times the value of the vehicles to be able to drive them here, is proving to be very expensive. Ashish did mention that he is doing all he can to sort this issue out, and that if it works out, he would do his best to squeeze those teams in.

If RFC India does manage to host these international competitors, the event will be at a whole new level. Not only will it increase the degree of competition tenfold, but it will also prove to be a very big opportunity for the other participants in RFC India to learn a great deal about driving techniques and vehicle modifications. 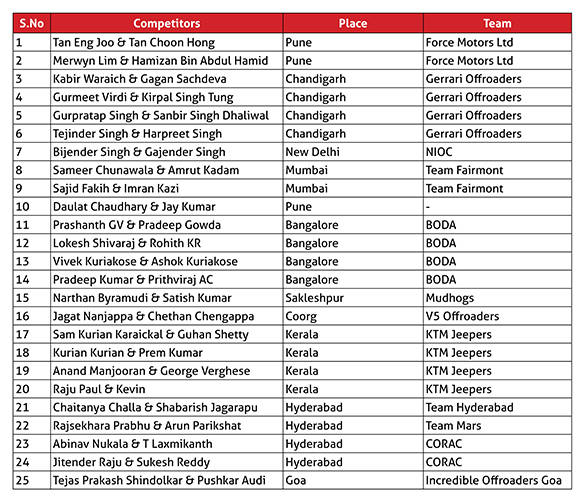 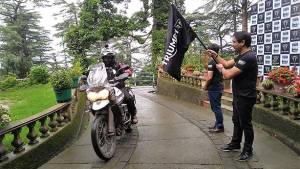 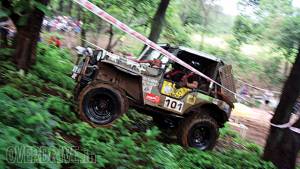 2018 Rainforest Challenge India to be...
Advertisement